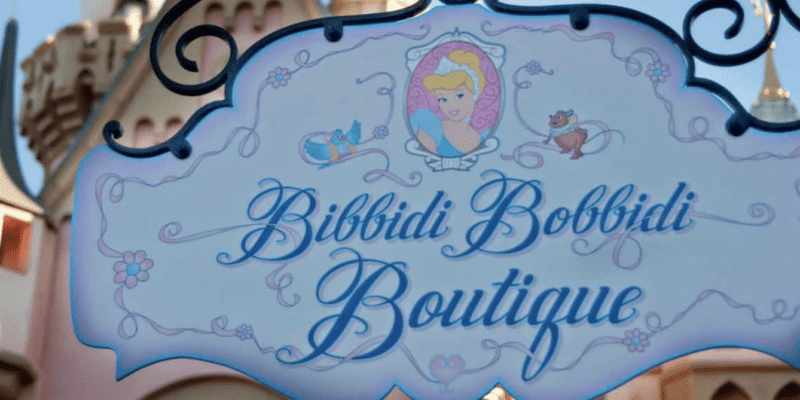 Bibbidi Bobbidi Boutique is returning to the Parks after a years-long closure due to Covid-19. The magical makeover service is open to all Guests ages 3 to 12 years old and takes place in an enchanted salon with the help of a Fairy Godmother’s Apprentice.

Disney Parks Blog first reported about the reopening back in June, sharing the following:

Located in the heart of Magic Kingdom and Disneyland park, the reopening of these two iconic locations will join the slate of Bibbidi Bobbidi Boutiques aboard the Disney Cruise Line, including the newest addition at sea on the Disney Wish. And stay tuned for more details about Bibbidi Bobbidi Boutique locations at Disney’s Grand Floridian Resort and Spa and Disney Springs, which will reopen at a later date.

Bibbidi Bobbidi Boutique has a long legacy of making dreams come true for children around the world.

With this announcement, Walt Disney World and Disneyland would officially join the Disney Cruise Line in providing the magical makeover service, as Bibbidi Bobbidi Boutique is already represented on all five ships in their fleet.

Incorporating the latest and most inclusive hairstyles, makeup, costumes, and accessories, Guests leave the beloved boutique having been transformed into some of their favorite Disney characters.

Jessica Scube’s daughter Lilia, who Inside The Magic previously reported on after they shared their Bibbidi Bobbidi Boutique experience aboard the Disney Wish, emerged from their appointment dressed as Prince Charming, appearing confident and proud. Mom was proud, too, as she shared the video of Lilia in her Royal attire with more than a million followers on social media.

Those honored with making the magic in the enchanted salon also underwent a transformation, after the decision was made to ditch their former “Fairy Godmothers In Training” titles in favor of a more gender-inclusive “Fairy Godmothers Apprentices” role.

The aforementioned examples prove that Bibbidi Bobbidi Boutique has something for everyone no matter how they identify, which is exactly why travel agent and Disney mom Lyssa expressed her desire to bring her son on during their trip to the Parks.

She posted about their experience in a recent TikTok video, seen below:

In the clip, Lyssa wrote that despite being told by several people not to take her young son because the salon service was “too girly,” they went anyway.

“Reservations are reopened and you can finally get the magic you’ve been waiting for!” she wrote in the caption. “And yes, it’s for everyone!”

The video opens with Lyssa’s young son gazing up at a floating Fairy Godmother in a magic mirror, a classic introduction that fans of the boutique might recall. He is then pampered by multiple Cast Members who are hard at work transforming him into a Disney Prince.

At the makeover’s end, a Fairy Godmother’s Apprentice knelt down at eye level with the Prince to knight him with his sword before he posed for a photo, smiling ear to ear.

Commenters were moved to tears by the “precious” and “magical” video, with some unaware that Bibbidi Bobbidi Boutique even catered to boys.

Many users commented with their own plans to visit, like @madamegodeyy who wrote the following response:

My son says he wants to go so he can be a Princess! I am definitely going to pay for a deluxe package just so he gets the Royal treatment.

The main takeaway from over 300 video responses was simple: let kids be kids.

“I think most kids would appreciate the ‘magic’ and fun of this kind of experience!” Sara Schuster wrote. “Why not let them be kids and enjoy it?”

Which is exactly what the young Prince Phillip did.

Where Fairy Tales Come True
With the wave of a magic wand—plus a few hands-on tricks of the trade—our Fairy Godmother’s Apprentices will pamper and primp your child until they look storybook stunning. Children can choose a hairstyle then add makeup, nail polish and accessories—even a Disney costume.

Have you had a memorable Bibbidi Bobbidi Boutique experience? Tell us your story in the comments below.