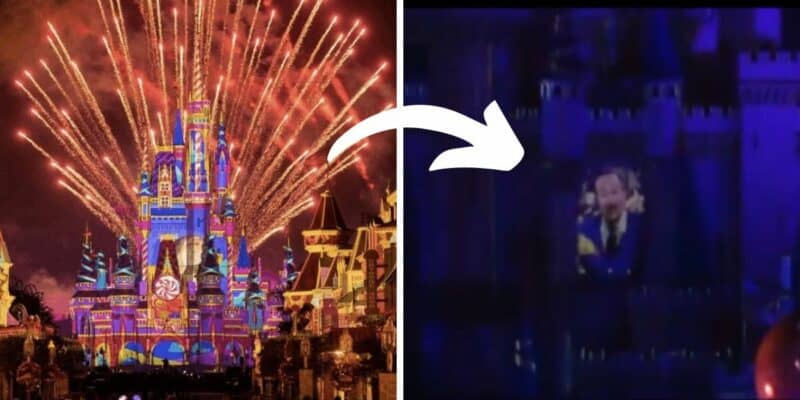 Once Disney Enchantment made its official debut, many fans did not hesitate to take to social media to share their honest thoughts and opinions on the show. One of the aspects fans were not happy with was the fact that there was absolutely no mention of Walt Disney, Roy Disney, or even Mickey Mouse. Many felt that if Disney wanted this to be a 50th anniversary show, there should have been more of the Parks included, especially Walt and Roy Disney.

Well, we have some great news to share. After nearly one year of Disney Enchantment, the company finally listened to the fans as a new addition has been testing — clips of Walt and Roy Disney!

Related: How to Get the BEST, Most Magical Viewing Experience For Disney Enchantment

It seems at this time that this was being tested and has not officially debuted during Park hours yet, but regardless, we are so happy to see Walt and Roy Disney added to Disney Enchantment.

Disney Enchantment shows nightly at Magic Kingdom at Walt Disney World Resort. Be sure to check the My Disney Experience app for the most up-to-date information as showtimes are subject to change.

Are you happy to see Walt Disney added to Disney Enchantment? Let us know in the comments below.