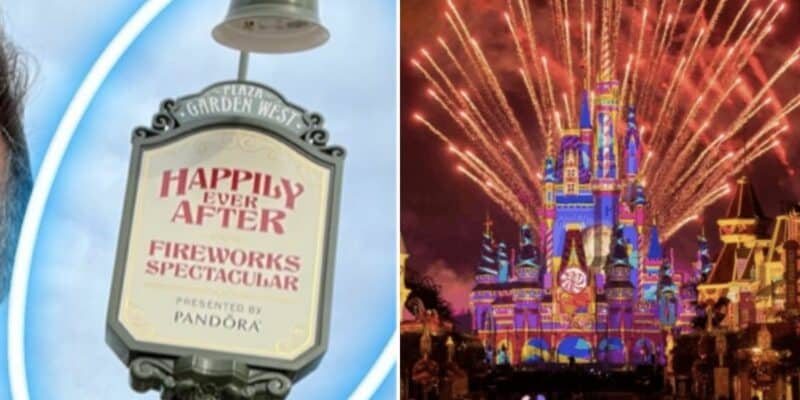 This past weekend, Disney began The World’s Most Magical Celebration, celebrating 50 years of magic at Walt Disney World Resort. To ensure these celebrations were extra special, Disney has added hundreds of touches, both small and large, to give Guests the visit of a lifetime.

Two of the biggest additions that we have seen are the new firework and nighttime spectaculars at both Magic Kingdom and EPCOT. Harmonious, which is the new EPCOT show, will be sticking around for the foreseeable future, and Disney Enchantment is the all-new firework show at Magic Kingdom for the anniversary.

Disney Enchantment replaced the popular and fan-favorite Happily Ever After, which began in 2017. When the announcement of the show’s ending went public, many were devastated to hear this news. Wishes, the previous show, lasted many years, so to see Happily Ever After go after just a few was quite the shock.

Disney Enchantment has now debuted to mixed reviews, with some Guests enjoying the new show and others wishing that they could see Happily Ever After return. Regardless of the reviews, Disney Enchantment is here to stay for the next 18 months, unless Disney were to announce an extension on the show as it is the 50th anniversary show. We have seen the poster signage in the tunnel under the railroad station replaced; however, it looks like there are still a few Happily Ever After details remaining in the Park.

Yesterday, Michael (@michaeldoesdisney) was in Magic Kingdom and noticed that the signage which was placed around the hub of Magic Kingdom just a few months ago after fireworks were announced to return is still there! As you can see below, the Happily Ever After signage is present in view of Guests, even though the show has ended days ago and Disney Enchantment has already begun.

Before any Happily Ever After fans come up with a conspiracy as to what this means, the likelihood of this situation is that Disney has not gotten around to removing or replacing the signs.

Disney Enchantment is not the same show as Happily Ever After. Still, it does have some new features that we hope will last for firework shows in the future, as Main Street, U.S.A. is finally being utilized with projections, as we have seen at Disneyland. For a great view of the show, we recommend watching from Main Street, U.S.A.!

Do you miss Happily Ever After? What do you think of Disney Enchantment?