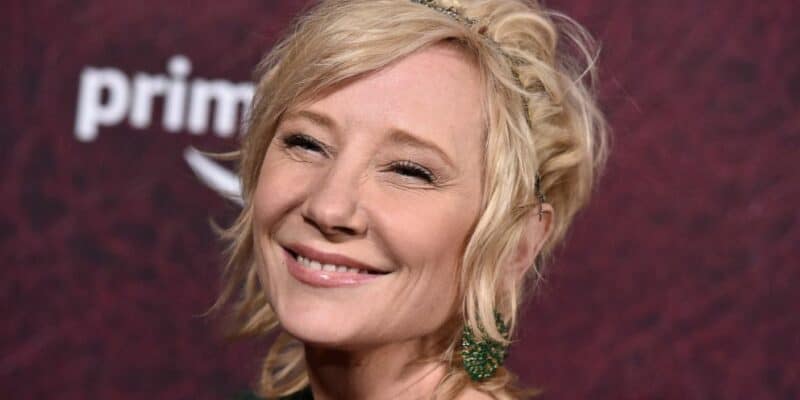 According to a CNN report at the time:

Actress Anne Heche is being investigated for misdemeanor DUI and hit and run after crashing her vehicle into a Los Angeles residence on Friday, according to LAPD Officer Annie Hernandez.

Investigators obtained a warrant for a blood draw on the day of the incident. They are still awaiting those results, Hernandez said. Once the investigation is complete, the case will be referred to the LA City Attorney’s office, Hernandez added.

A few hours prior to the fiery wreck, Heche had admitted to imbibing on “vodka” and “wine chasers” in a live podcast. The episode has since been removed.

Now, in a tragic turn of events, the Six Days, Seven Nights star is set to be taken off of life support in the near future and her family has shared she is “not expected to survive.”

…her closest ones are making the difficult decision to take her off life support after she was pronounced brain dead. She is being kept on a ventilator until it’s determined whether any organs not damaged in the crash and subsequent fire can be donated.

“We want to thank everyone for their kind wishes and prayers for Anne’s recovery and thank the dedicated staff and wonderful nurses that cared for Anne at the Grossman Burn Center at West Hills Hospital in Los Angeles.

For Disney, Heche played Mary Jane Wilks in The Adventures of Huck Finn and Kate in The Young Indiana Jones Chronicles. She also worked on the ABC series, Ellen, during her relationship with DeGeneres.

Although Heche was most popular in the 1990s and early 2000s, she had several projects in the works currently according to IMDb. Upcoming movies include Wildfire: The Legend of the Cherokee Ghost Horse (2022), What Remains (2022), Full Ride (2023), and Supercell (TBD).

She was also set to appear in six episodes of TV series, The Idol, alongside Johnny Depp’s daughter Lily-Rose Depp and The Weeknd. It is unknown what will happen to projects that were currently in production upon the actress’s passing.

Heche was married to real estate broker Coleman Laffoon from 2001 to 2009. She will be survived by two children, Atlas Heche Tupper and Homer Laffoon.