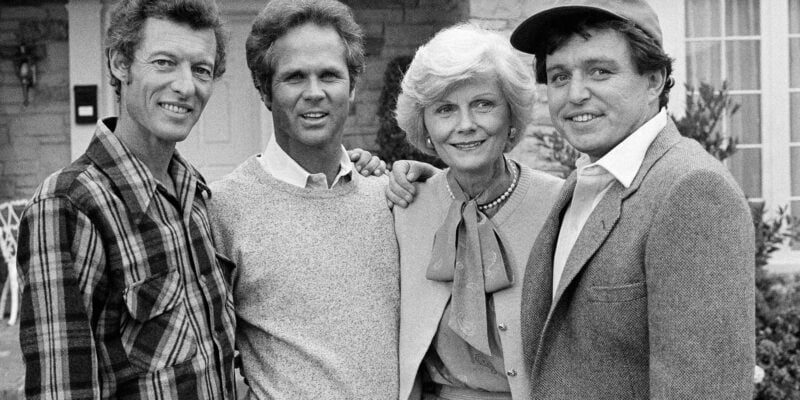 Dow reprised his role in Disney’s revival, The New Leave It to Beaver, on ABC in the 1980s. Dow, 77, who is suffering from cancer, was mistakenly reported dead earlier today.

However, now it has been confirmed that the Hollywood star is “living out his last hours” in hospice care. The Hollywood Reporter noted:

Contrary to a statement from his reps announcing his death, Leave It to Beaver star Tony Dow was still alive in hospice care on Tuesday.

A post on his Facebook page signed by reps Frank Bilotta and Renee James said that Dow, who has been in a battle with cancer, had died Tuesday morning, but that post has since been deleted. Calls to his manager, his wife and his son by The Hollywood Reporter have gone unreturned.

Dow and his wife, 75-year-old mosaic artist Lauren Shulkind, have been married for 42 years. Shulkind reportedly became “very distraught” and believed her husband was dead earlier today, which led to the false reports online.

Despite the fact that the classic television star is still alive at the time of publication, it is likely that he will pass away soon.

In addition to his time with the Leave It to Beaver franchise, which also included the movie Still the Beaver, Dow enjoyed a long writing and directing career. NBC shared some highlights:

He moved into writing, producing and directing while continuing to act, and helmed several episodes of “Harry and the Hendersons,” “Coach,” “Babylon 5,” “Honey I Shrunk the Kids” and an episode of “Star Trek: Deep Space Nine.”

…Dow appeared on series including “General Hospital,” “Mr. Novak,” “Never Too Young,” “Lassie,” “Love, American Style,” “Square Pegs” and “The Love Boat,” on which he played himself. He also played himself in the 2003 comedy “Dickie Roberts: Former Child Star,” which featured cameos of dozens of former young actors, and appeared in the John Landis skit comedy feature “The Kentucky Fried Movie.”

Jerry Mathers, who played Theodore “Beaver” Cleaver, expressed sadness at his longtime friend’s reported death this afternoon, saying, “[losing] Tony leaves an empty place in my heart.” Upon Dow’s death, Mathers will be the last remaining member of the original Leave It to Beaver core cast.