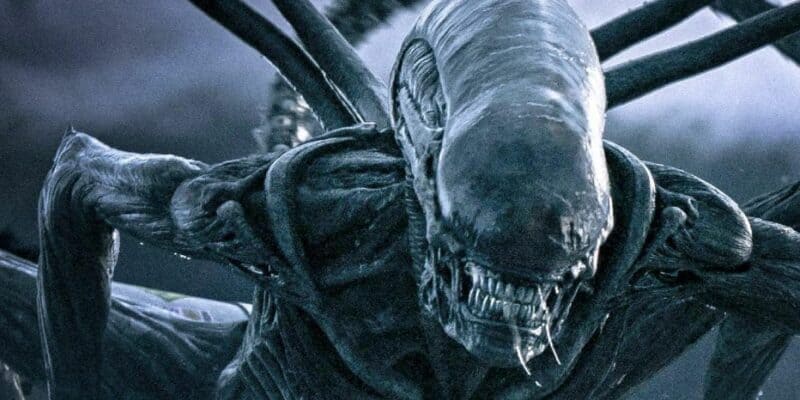 As Prey (2022) turns Hulu and Disney+ into a hunting ground, fans of the Predator franchise couldn’t be happier. In fact, many fans and critics alike are even saying that it’s the best entry since the original 1987 film starring Arnold Schwarzenegger.

But now that expectations for future Predator movies are undoubtedly a lot higher than they have been in recent years, it’s likely that fans will expect the same from all the upcoming Alien projects too. After all, both franchises — and their respective fandoms — are closely related.

And this isn’t just because of crossovers such as the Alien vs. Predator video games, graphic novels, and movies, but rather that both franchises operate within the realm of science fiction action-horror, and that, collectively, their many sequels dominated the ’90s and beyond.

Well, you’ll be pleased to know that there’s a new Alien movie on the horizon. But more interestingly, there’s also an Alien TV series in development from showrunner Noah Hawley, who is responsible for the widely popular American mystery drama Fargo (2014).

While there are a number of live-action Alien shorts on YouTube, courtesy of 20th Century Fox during the 40-year anniversary of the original film back in 2019, the Alien TV series, which is being made for FX on Hulu, marks a first for the franchise that first hatched with Ridley Scott’s Alien (1979).

Following several delays due to COVID-19, the Alien TV series will start filming some time next year. During the ongoing Television Critics Association tour (which is virtual due to the pandemic), FX chairman John Landgraf discussed the upcoming limited series. He said:

“I’m a big fan of Alien and Aliens, and I remember watching both of them in the theater and how shockingly original and surprising each of them was in its own way. And so, similar to his approach to Fargo, Noah decided to not take Ripley or any character from Alien — except perhaps the xenomorph itself — but go back and figure out what made the franchise so great and so durable in the first place and see if he could find an experience that felt like walking into a theater and seeing one of those first two movies, where you get caught off guard.”

Many Alien fans have been calling for a “direct sequel” to James Cameron‘s Aliens (1986) for a long time, and one which would ignore every sequel, prequel, and spin-off since, much like David Gordon Green’s Halloween (2018) does with its respective predecessors.

Previously, District 9 (2009) director Neill Blomkamp was poised to direct such a film, but sadly it never saw the light of day. But it looks like the Alien TV series might finally give fans what they want, although it definitely won’t be a sequel.

The Alien TV series will be set on Earth in the near future, before Alien. But as it will feature xenomorphs, as confirmed by Landgraf, how it will fit into the Alien timeline is a mystery, as we already have two prequels that pre-date the 1979 film. As such, it’s possible the show will retcon those entries.

After all, not once does the xenomorph ever appear on Earth in Ridley Scott’s prequels Prometheus (2012) and Alien: Covenant (2017), which both explore the origins of the titular alien. With that said, there are 20 years between Covenant and Alien, so it’s possible the Alien TV series will take place during this time.

The Alien TV series might even acknowledge the two Alien vs. Predator movies. While they are generally considered non-canon as they depict events that contradict the Alien movies, it looks like they would be a better fit than Prometheus and Alien: Covenant chronologically.

That’s not all that has been revealed about the upcoming show, though. In an interview with Vanity Fair in July last year, Noah Hawley discussed the project, talking about how the original movies has offered plenty of inspiration. He said:

When asked if the Alien TV series would be a “Ripley story”, Noah explained how it wouldn’t include any characters from the original movies, including the fan-favorite heroine, saying:

“It’s not a Ripley story. She’s one of the great characters of all time, and I think the story has been told pretty perfectly, and I don’t want to mess with it. It’s a story that’s set on Earth also. The alien stories are always trapped… Trapped in a prison, trapped in a space ship. I thought it would be interesting to open it up a little bit so that the stakes of ‘What happens if you can’t contain it?’ are more immediate.”

He also talked about the themes of the show, comparing them to those of the original film:

“On some level it’s also a story about inequality. You know, one of the things that I love about the first movie is how ’70s a movie it is, and how it’s really this blue collar space-trucker world in which Yaphet Kotto and Harry Dean Stanton are basically Waiting for Godot. They’re like Samuel Beckett characters, ordered to go to a place by a faceless nameless corporation.”

He went on to discuss the second movie Aliens, which is widely considered one of the best sequels of all time, saying:

“The second movie is such an ’80s movie, but it’s still about grunts. Paul Reiser is middle management at best. So, it is the story of the people you send to do the dirty work. In mine, you’re also going to see the people who are sending them. So you will see what happens when the inequality we’re struggling with now isn’t resolved. If we as a society can’t figure out how to prop each other up and spread the wealth, then what’s going to happen to us? There’s that great Sigourney Weaver line to Paul Reiser where she says, ‘I don’t know which species is worse. At least they don’t f*** each other over for a percentage.'”

Here’s to hoping that both the upcoming Alien TV series and the film will take things back to basics, just like Prey has done for the Predator franchise. If the numerous entries beyond Aliens have proven anything, it’s that less is definitely more.

Are you excited for the Alien TV series? Let us know in the comments down below!