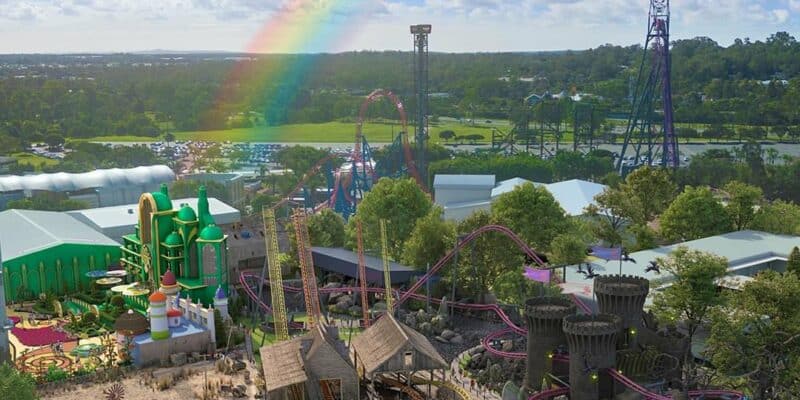 Theme parks worldwide are constantly competing to provide their Guests with the most exciting and innovative experiences, whether that be with new attractions, activities, or themed expansions.

We recently saw Disneyland Paris creating a massive debate online with news of a gigantic multi-year expansion project undergoing a drastic change. The Parisian theme park recently opened Avengers Campus, a new land inspired by the Marvel Cinematic Universe, and recently started the construction of a Frozen-themed expansion as well. However, the third land of this project, inspired by the Star Wars franchise, is likely to be canceled, leaving the future of the Park’s new expansion in uncertainty.

While the future for this Disney project is uncertain, a popular theme park recently shocked fans with the announcement of a new expansion inspired by the Wizard of Oz (1939).

Movie World, located in Queensland, Australia, just announced an ambitious project to transport Guests into the magical land of Oz. Guests visiting this new precinct will have the chance to journey over the rainbow and experience two thrilling attractions as they live their own adventure far from Kansas.

Prepare to Journey Over the Rainbow with a world-first Wizard of Oz precinct including two new family-friendly rides coming to Warner Bros. Movie World in 2024. Featuring a suspended coaster, a boomerang racer and immersive theming, the Wizard of Oz precinct will be designed to thrill the entire family. Experience thematic elements including projection mapping, stunning sculptures and facades as you travel along the yellow brick road.

As mentioned, the expansion will have two exciting new attractions. One of the new rides will be a suspended family coaster that will reach speeds of 67 kilometers per hour — roughly 40 miles per hour — through over 1,400 feet of track with a height of over 60 feet. The second attraction will be a family boomerang racer comprising two racing tracks over 700 feet in length, and 70 feet in height, reaching speeds of 58 kilometers per hour — about 35 miles per hour.

With so many exciting new things to see and do, fans of this classic film will be overjoyed to step into the world of Oz when this new expansion opens in 2024.

Would you like to visit this Wizard of Oz expansion at Movie World? Let us know in the comments below!