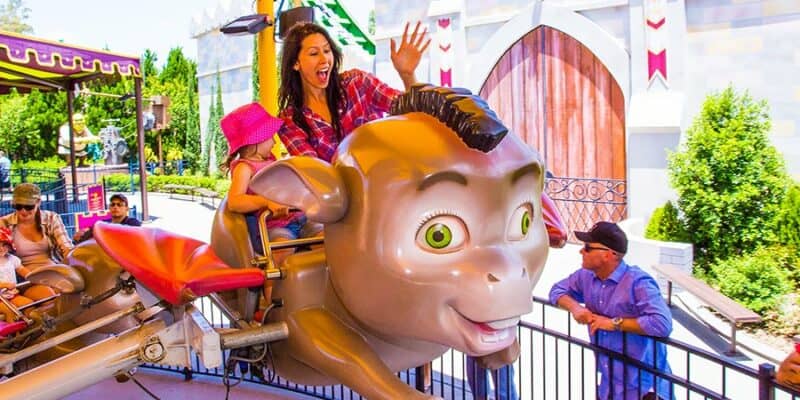 9 News Australia reported that it is understood that the boy stood up while the ride was in motion and sliced a deep gash on the back of his head with the roof of the Looney Tunes Carousel.

In the wake of these events, other major theme parks across Queensland have decided to temporarily close their carousel attractions in collaboration with an ongoing investigation by Workplace Health and Safety authorities in Australia.

Dreamworld also closed Shrek’s Ogre-Go-Round on Tuesday, and it will be undergoing maintenance until next Tuesday. Dreamworld is operated by Ardent Leisure, one of Australia’s most successful owners and operators of premium leisure assets.

Queensland Minister Grace Grace said in a statement that “There is no requirement for carousels to be shut down around the state.”

7NEWS Brisbane shared a statement released by the Workplace Health and Safety Queensland, which reads:

Both parks have voluntarily closed these carousels and the Movie World Looney Tunes Carousel remains closed.

Workplace Health and Safety Queensland inspectors have attended Sea World and Dreamworld to determine if similar risks are present on their carousel rides.

All three parks are working cooperatively with WHSQ. As our investigation into the incident at Movie World is ongoing it is not appropriate to make any further comments at this stage in relation to the outcome or any findings.

7NEWS Brisbane also reached out to DreamWorld for a statement and received the following from a spokesperson:

While Dreamworld’s carousel does not have the same characteristics as the ride on which the incident occurred, the park has chosen to temporarily close their carousel until more information about the incident is available.

While there is no official information on how the boy was injured and who is at fault for this incident, theme parks are voluntarily collaborating with the Australian government in an abundance of caution.

What do you think of Sea World and DreamWorld closing these rides? Let us know in the comments below!