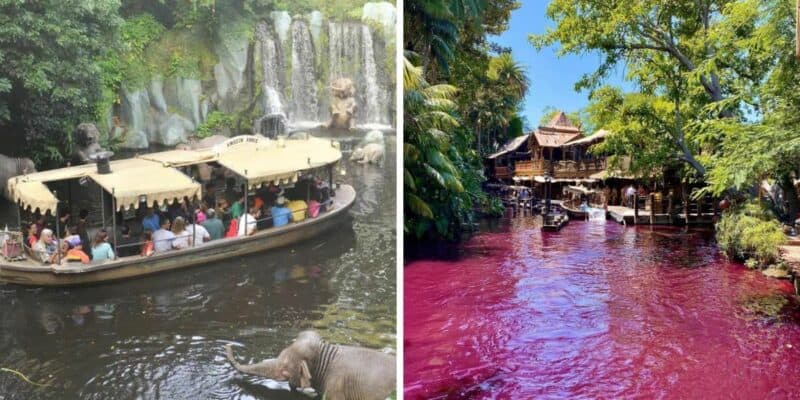 As many of you know, Jungle Cruise at Disney World and Disneyland recently underwent changes as part of the reimagining of the ride.

Elements of the popular theme park ride were recently reimagined for Guests so they can enjoy a brand-new Jungle Cruise experience called Rivers Journey. This refresh took place at both Disneyland Park at Disneyland Resort in California and Magic Kingdom at Walt Disney World in Florida.

Be on the lookout for several new scenes along the river (all interconnected) that will heighten the skippers’ legendary comedic tone as well as a new backstory involving Dr. Albert Falls and his granddaughter, Alberta Falls.

The new version of the attraction is part of Disney’s efforts to tell diverse, inclusive stories across the theme parks. Last year, Disney Parks Blog shared that the company is “building on the story of the Jungle Cruise at both Disneyland park at Disneyland Resort and Magic Kingdom park at Walt Disney World Resort to include new adventures that stay true to the experience we know and love — more humor, wildlife and skipper heart — and also reflect and value the diversity of the world around us.”

More recently, Guests riding Jungle Cruise noticed more than just the new backstory and animatronics. They noticed that the water was bright pink!

Fresh Baked! shared the following photos to Twitter along with the caption:

Anyone go on Jungle Cruise today and see this? 📸John L.

Anyone go on Jungle Cruise today and see this? 📸John L. pic.twitter.com/NTo6sYPIgX

Don’t fear as it seems as though this is not a permanent change and it is just a way Disney cleans the water. Twitter user The Nugget replied to the photos, writing:

My other theory is that they used potassium permanganate to clean the water. From research it seems it is not harmful to be around.

My other theory is that they used potassium permanganate to clean the water. From research it seems it is not harmful to be around. pic.twitter.com/brSToTve8B

This is also something Monica Roddey Tweeted:

Jungle Cruise is located both at Disneyland Park at Disneyland Resort in California and Magic Kingdom at Walt Disney World in Florida.

The official description of the Disneyland version reads:

Have you ever seen the water pink on Disney Rides? Let us know in the comments below.