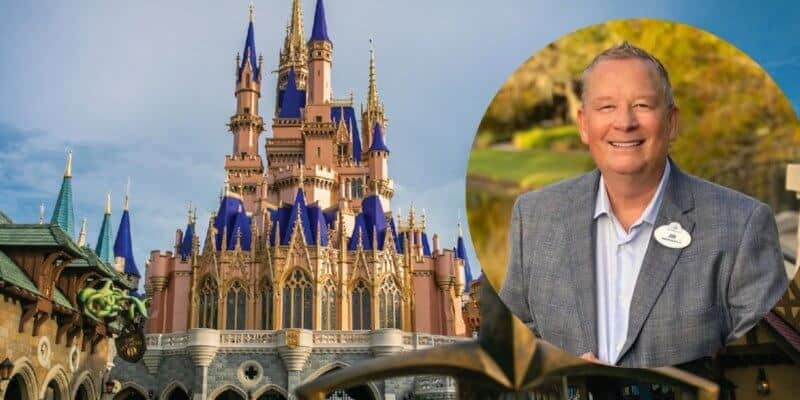 Former Senior Vice President of Operations at Walt Disney World Resort, Jim MacPhee, has published a book on leadership and reflections on his time with The Walt Disney Company.

MacPhee worked for The Walt Disney Company for more than 40 years. He helped open EPCOT, Disney’s Hollywood Studios, and Disney’s Animal Kingdom and was a crucial player in reopening the Florida Disney Parks following COVID-19-related closures.

The book “Engage, Inspire, Lead: Riding the Waves of Life and Leadership From a 43-Year Career With the Walt Disney Company” is available as an Ebook, paperback, and hardcover through Amazon and other booksellers.

The Orlando Sentinel spoke with MacPhee about his time with The Walt Disney Company, saying that he stayed for over four decades because he “worked around a lot of really cool people who really inspired me to go the extra mile and kind of do that extra thing.”

“I’ve always had in the back of my head, this notion or this idea that what really matters to me — to me anyway — is work hard to deliver great results but, more importantly, relate with those people you spend a third of your life with,” MacPhee said. “I have this mantra that’s, gosh, I’m going to hang out with these people for a third of my life. I want to know why they’re here, what they’re doing and how they’re doing it.”

MacPhee also noted that leaders must connect with Disney Park employees at all levels to ensure success:

“But if the leaders aren’t engaging and inspiring the people that work for them, it’s going to be really hard for those people to turn around and go engage and inspire the Guests who are visiting us.”

The former Disney executive expressed support for ongoing changes at Walt Disney World Resort, noting that “it’s a changing world” and “leadership had to change as a result.”

MacPhee also spoke about the challenges of reopening Walt Disney World Resort during the ongoing COVID-19 pandemic. He said executives struggled to choose who to believe about the disease:

The Walt Disney Company “wanted to be right versus fast,” MacPhee said, explaining the ongoing phased reopening of Walt Disney World Resort. MacPhee calls the reopening “one of probably three proudest moments of my career.”

““I remember spending days and nights walking in the parks with the team, literally with tape measures and saying, ‘What does 6 feet mean on this ride vehicle? What does that mean to our capacity? And how are we going to do it?’” MacPhee explained.

MacPhee was honored with a commemorative window on Main Street, U.S.A., at Magic Kingdom at the time of his retirement.

What do you think of Walt Disney World’s phased reopening during the COVID-19 pandemic?