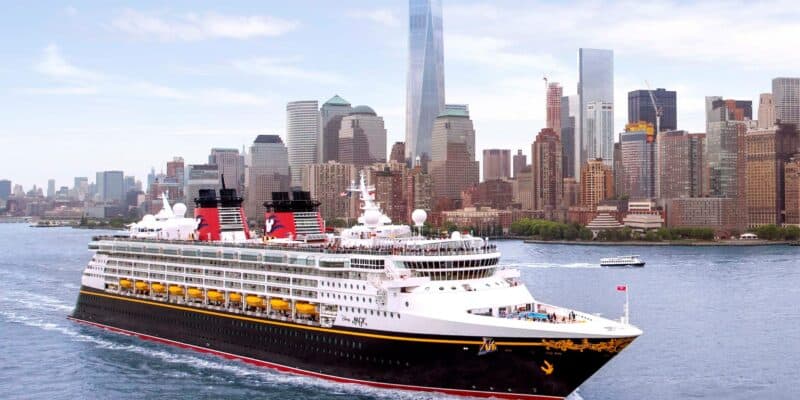 All four Disney Cruise Line ships – the Disney Magic, Disney Wonder, Disney Dream, and Disney Fantasy – are currently sailing the seas, with the newest ship, the Disney Wish, set to depart on its maiden voyage this summer.

During the ongoing COVID-19 pandemic, the CDC has praised the cruise industry for its safety and wellness standards onboard. However, Disney Cruise Line, despite having its COVID-19 safety requirements, was briefly investigated along with 76 other cruise ships in late 2021 due to the spread of COVID-19 onboard all four of its ships.

Disney Cruise Line recently updated their COVID-19 policies and now requires that Guests pay for their own PCR tests no more than three days before boarding. For fully-vaccinated Guests, professionally-observed rapid antigen tests are allowed.

Now, it seems like they’re struggling with outbreaks on board. Reddit user u/Tertiary1234 posted a detailed summary of their two-week trip onboard the Disney Magic in the Atlantic.

The user’s mother is COVID-19 positive, despite testing negative before boarding and twice onboard the ship. To disembark at European ports, Guests must have been boosted within the last 270 days or get tested onboard the day before the ship docks at the port. Since this Guest and their mother hadn’t been boosted, they were tested ahead of disembarking in Barcelona.

Though the Guest’s mother tested negative at first, they requested a retest as she began to show symptoms. The second test came back negative, but the nurse on board told them there was a 0-50% chance that she was truly negative. The Guest reports that despite their mother’s symptoms, Disney didn’t recommend that they quarantine in their room:

The nurse informed us that even though she was negative, they could only really be 50% sure that she didn’t have Covid*. Despite this we were encouraged to go about our day as normal, attending dinner, shows, trivia, and whatever the hell else we wanted, even though my mom was coughing every couple minutes. Not wanting to infect anybody, we wore masks whenever we did go out, which wasn’t much.

*Edit: Originally I said there was a 50/50 chance she had Covid. This was wrong. The tests are 50% accurate, meaning that if given a negative result you know the likelihood of having Covid is anywhere from 0-50%.

Before their mother’s infection, the Guest had asked Guest Services onboard twice if COVID-19 was recorded on the ship, and they were lied to by multiple Cast Members. There is no COVID-19 specific team onboard Disney Cruise Line ships, so any infections or suspected exposures are reported to Guest services. u/Teritary1234 wrote:

The head of Guest Services even went so far as to tell us that he didn’t know if there was Covid. Another said that even if there was, they had it under control and we had nothing to worry about. It was like some weird version of the narcissists prayer. “There is no Covid onboard, and even if there is we don’t know about it, and even if we do we have it under control.” What makes this so blatently false is that Disney Cruise Line doesn’t have a special team for dealing with Covid onboard. If a quarantined passenger wants something or has a question, you know who they call? Guest Services.

When the Guest’s mother’s symptoms worsened, they went to the ship’s doctor who administered a third COVID-19 test that came back positive. The doctor reportedly laughed when the Guest asked if there was COVID-19 aboard:

Days later when we went to the ship doctor for the second Covid test, we asked whether there was Covid on the ship. He practically laughed, and I don’t blame him, because looking back on it Guest Service’s appeal to ignorance was ridiculous. Had they informed us of the threat, we would have known to take more precautions.

By the time the Guest’s mother’s test came back positive, they were also starting to experience symptoms of COVID-19 but hadn’t yet tested positive. The Guest’s mother was told to quarantine for the rest of the trip and five days after they returned home. The Guest reported feeling like Disney didn’t care that someone with direct exposure to a COVID-19 case was walking around the ship. They wrote:

When I asked what I should do, the person who tested us acted like I was an idiot for worrying I might infect anybody. Even though I was in the same room as my mom and had symptoms, I was once again encouraged to go out and behave as normal. I couldn’t have been the first person to have been told this, and even though I’ve barely left the room the whole time, wearing a mask every time, I know not everybody was so careful. Which means there are who-knows-how many infected people walking around the ship at any given time.

Since the Guests were doing two sailings, they were allowed to quarantine onboard rather than being forced to disembark in Barcelona. If they had been forced to leave the ship there, the Guests claim that Disney had no idea where the quarantining Guests were going to go:

The day of disembarkment they still didn’t know where they were going to put the multiple other infected people on the ship.

Disney Cruise Line refunded the Guests for every day they were quarantined on board but had different answers for why the infections were handled the way they were. The person who administered the Guest’s mother’s first COVID-19 test allegedly blamed them for the company’s incompetence:

She informed us that not only should we have gotten a daily call from the doctor’s office, but also that I should have been retested due to my having symptoms. This is the same person who days before told me to go ahead and get out and not worry about the possibility of infecting somebody. But instead of an admission of incompetence, this was all reframed as somehow the fault of us…And my being in the room with her the whole time but not being quarantined? That was a mistake too according to her. I should have been removed to a different room.

When the Guest asked a Public Health Officer if this was true, he assured them it wasn’t and sounded “ridiculous.” They wrote:

Of course I shouldn’t have been removed. Which one of them is right? I have no idea, and I doubt they do either. Two years into Covid and they still haven’t seemed to settle on a script or learned how to deal with the people who got infected from their ship. 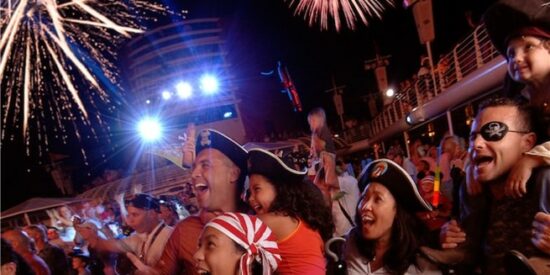 Disney Cruise Line hasn’t publicly commented on this situation but describes “enhanced health and safety measures” on their “Know Before You Go” page.

Since they reopened during the ongoing COVID-19 pandemic, have you taken a Disney cruise? What was your experience like?