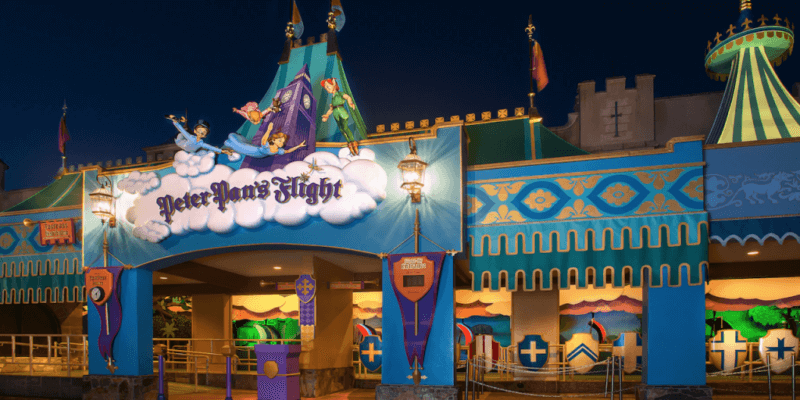 Peter Pan (1953) has long been criticized for its racist depiction of Native Americans. So much so that Disney+ displays the following warning before fans can watch the film:

Disney Park fans have repeatedly expressed a desire to reimagine Peter Pan’s Flight at Disneyland Resort and Walt Disney World Resort. The attraction is one of the few remaining that was operational when Disneyland opened in 1955!

Now that Splash Mountain is officially being rethemed to Tiana’s Bayou Adventure — turning it away from Song of the South (1946) to Princess and the Frog (2009) — some Walt Disney World Resort fans are hoping for a similar update to Peter Pan’s Flight.

Reddit user u/SpaceAzn_Zen started the conversation, saying that the Disney Parks are not a museum and should constantly be changing. Walt Disney himself expressed a similar sentiment decades ago:

The Walt Disney World fan said that not only is Peter Pan’s Flight one of the lowest capacity rides in Magic Kingdom, but it promotes the racist stereotypes from Peter Pan:

Not to mention, in the actual movie, there is racism towards Native Americans and I feel like we should move pass this as a culture and be accepting of all people equally. We should not promote a ride that is after a movie where they call Native Americans “red men”, “Ingins”, and depict racist stereotypes within the movie as well.

Despite thinking it would be an unpopular opinion, many fans agreed. u/Underbadger said that they are “amazed” that Peter Pan’s Flight has lasted this long without an update:

I’m honestly amazed that Peter Pan hasn’t been updated to remove the Native American scene. It’s so weird to have those stereotypes still on display. (And I’d also mention how weird it is that the ride still has just some random voice for Captain Hook that sounds nothing at all like Hans Conried)

u/daybreaker also agreed, saying that “the people this would upset are the ones already upset at the Splash Mountain refurb anyways.”

Some Disney Parks fans pointed out other attractions with stereotypes they hoped would be reimagined. u/Sure_Performance2792 suggested that Country Bear Jamboree be changed or updated to remove “sexist/outdated gender stereotypes,” and u/Relic827 mentioned that, despite updates over the years, every room on “it’s a small world” is “full of cultural and racial stereotypes.”

Many fans asked that, at the very least, Disney Imagineers update the scene involving Native Americans on Peter Pan’s Flight. u/dreamingofaustralia said that all Disney rides should be kept fresh:

Rides like Peter Pan should be updated every decade, not just for PC reasons, but because they deserve modern technology and refreshes to stay fresh. Jungle cruise showed Disney you can make a ride much more popular just by updating a few minor elements. They should be doing this to every ride. You can keep the nostalgia while still improving things.

Peter Pan’s Flight is a copy of a ride at Disneyland Resort, making it one of the few remaining Walt Disney World rides designed with input from Walt Disney. A similar ride also exists at Disneyland Paris. From Disney:

Embark on a high-flying adventure over iconic scenes made famous in Disney’s animated film.

Do you think it’s time for Peter Pan’s Flight to change? Let us know in the comments below.