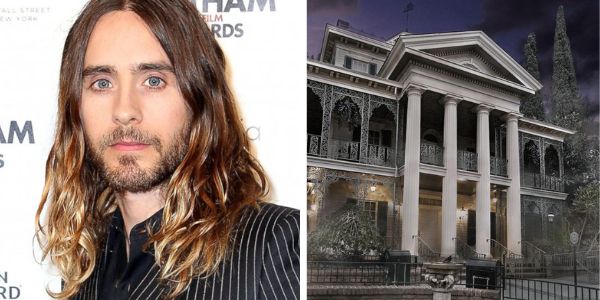 A big celeb has reportedly joined an upcoming Disney film.

If you are not aware, Disney is currently working on another live-action Haunted Mansion movie. Disney is planning a theatrical release on March 10, 2023, for the film, with many excited to see what direction the company decides to go in, considering this would be the second attempt at making a film based on the legendary attraction.

The 2003 live-action movie starring Eddie Murphy is currently streaming on Disney+ so fans can catch up and watch the film before the new one comes out in the future. If you are not yet signed up for Disney+, you can get started here.

Reportedly, a big Hollywood celebrity has just joined the already-impressive cast of this upcoming movie.

The new film features a star-studded cast, including Tiffany Haddish (The Kitchen, The Secret Life of Pets, The Proud Family: Louder and Prouder) Owen Wilson (Cars, Marley & Me, Night At The Museum), Rosario Dawson (Rent, The Lego Batman Movie, Eagle Eye), Danny DeVito (Matilda, Twins, Dumbo), and LaKeith Stanfield (Get Out, Judas and the Black Messiah, Mandalorian). The Haunted Mansion will be directed by Justin Simien.

Jared Leto, who starred in numerous movies like this year’s Morbius, Suicide Squad (2016), and Blade Runner 2049 (2017), is apparently joining the cast and will be taking on a very important role.

Leto is reportedly starring as the Hatbox Ghost, a staple of the attraction. As we have noted, Dan Lin and Jonathan Eirich, who you may know as the duo behind Disney’s live-action Aladdin and the upcoming Lilo & Stitch remake, will produce the live-action Haunted Mansion film under their Rideback production banner.

Are you excited for this new movie?