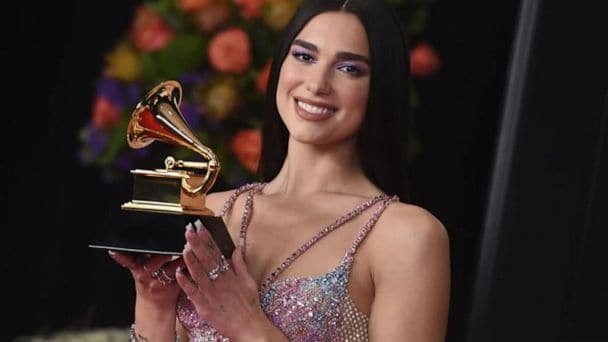 Dua Lipa is reportedly in talks to star as Zatanna in a new DCEU movie.

While fans may know Dua Lipa for her music career, it seems that there’s a good chance that the singer might also be jumpstarting her acting career by playing the mysterious Zatanna. The magic user has a dark history in the comics and has been a hero in several stories.

Right now, Zatanna is a common member of Justice League Dark, the supernatural version of the iconic Justice League. Zatanna’s first appearance was in 1964’s Hawkman #4 written by Gardner Fox which means the hero has been around for a long time and a lot of material DC can use for the upcoming movie.

Sources share that Lipa is reportedly talking with DC about becoming Zatanna for DC and having her own movie. A Zatanna movie had been confirmed for a while, but this would be Warner Bros.’s first attempt to move forward with the upcoming project.

One fan shared the upcoming rumor online making other fans excited at the idea of Dua Lipa possibly playing Zatanna:

RUMOR Apparently singer Dua Lipa is in talks to star in an upcoming DC film. It is a possibility this is the upcoming ‘Zatanna’ solo film. Via @deuxmoiworld #Zatanna #DuaLipa #DC #dceu #dcnews

RUMOR✨ Apparently singer Dua Lipa is in talks to star in an upcoming DC film. It is a possibility this is the upcoming ‘Zatanna’ solo film.
Via @deuxmoiworld #Zatanna #DuaLipa #DC #dceu #dcnews pic.twitter.com/mAe5fUGuAX

Lipa released her first album in 2017 letting fans hear her iconic disco pop music for the first time. In 2020, she released her second album 2020, Future Nostalgia. She received six Grammy nominations for her album and several more from other things in her career.

Obviously, Lipa is very successful, and joining the DC universe could be a great way to boost her fame even more as one of the next female super heroes. Warner Bros. could definitely use some good publicity after dealing with Ezra Miller and Amber Heard. Dua Lipa might not have been someone people had in mind to play the magic user, but it would be interesting to see how she fits into the DCEU.

Do you think Dua Lipa will be Zatanna? Let us know what you think!