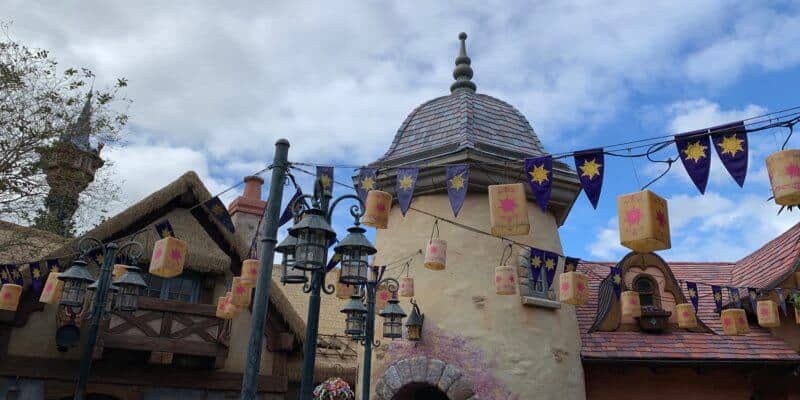 For most Walt Disney World Resort Guests, bathrooms are a second thought while booking a magical vacation. After all, most people spend as little time there as possible and rush out to continue partaking in family fun!

Walt Disney World does take special care to theme their bathrooms, however. Each bathroom is carefully designed for the theme Park and Land it’s in, like the notorious Tangled (2010) inspired bathrooms in Magic Kingdom.

Have you ever noticed that Disney’s Animal Kingdom is the only Disney Park where bathrooms have doors? They’re designed to be shelters in the rare case that an animal escapes from the Kilimanjaro Safari or other enclosure!

Some Guests, however, have noticed a troubling trend in the bathrooms at Walt Disney World Resort. It all started with a Reddit post from u/busted-it-guy that reads:

Since we’ve covered the bathrooms in great detail..

Can we discuss the half-ply toilet paper in the parks? The Magic will return when 2-ply returns

2-ply will be a genie+ add on. You get 5 squares at park entry, you can then get 5 additional squares after your first bathroom break or 3 squares every 2 hours. Each guest can opt for genie+TP for a $17 which gives a full roll at park entry. Guest at a deluxe resort will get a 50th anniversary special edition roll instead of the full roll with genie+TP.

Another Disney Parks fan called the toilet paper “thin” and a “recipe for disaster.”

“This is why I don’t go to the bathroom in the parks. Ever,” said u/shadowedfragment.

One fan even suggested bringing your flushable wipes or higher quality toilet paper to the Disney Parks.

u/AfterTheNightIWakeUp offered the most plausible explanation for the Walt Disney World toilet paper:

There’s actually a good reason for this one. The sheer amount getting flushed, they need paper that will fall apart easily and quickly to avoid clogs. It’s cheaper, for sure, but it’s also to prevent plumbing problems.

What’s your biggest Disney Park pet peeve? Let us know in the comments.