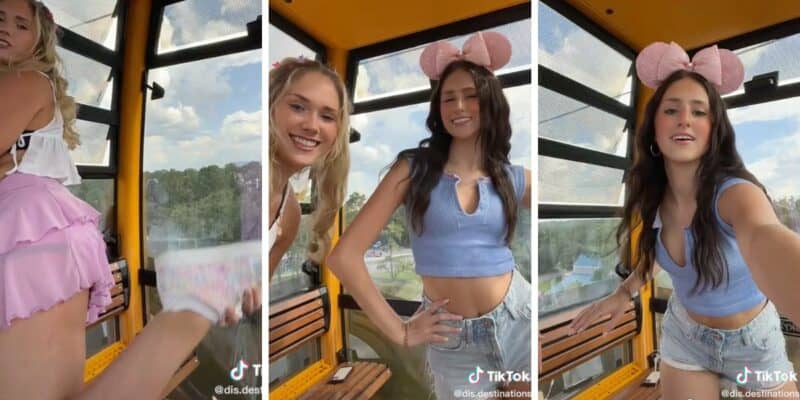 On a recent ride on the Disney Skyliner, two Guests proceeded to stand up inside the gondola and film a TikTok, showing off their outfits of the day.

On TikTok, users are participating in the trend of showing their outfits of the day or their “fits”. Two girls decided to film this trend while on the Disney Skyliner. The users then posted the video to social media, which you can see below or by clicking here.

These Guests clearly broke the rules as Disney makes it very clear to remain seated at all times during the Skyliner journey. Keep in mind that if a Disney Guest breaks the rules or regulations, Disney has the right to escort anyone out of the theme park or off property.