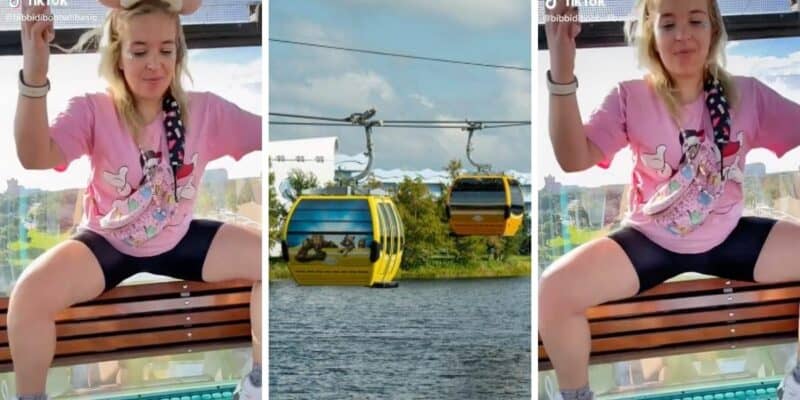 On a recent ride on the Disney Skyliner, a Guest proceeded to stand up on the bench inside the gondola and dance after consuming bottomless mimosas.

In a video posted to TikTok, a Guest is seen standing up and dancing on the bench inside the Disney Skyliner gondola. The short clip is shown just before seeing a group of Guests consuming bottomless mimosas. The video is also captioned:

This Guest clearly broke the rules as Disney makes it very clear to remain seated at all times during the Skyliner journey. Not only did this Guest stand up, but they stood up on the bench and proceeded to dance. Keep in mind that if a Disney Guest breaks the rules or regulations, Disney has the right to escort anyone out of the theme park or off property.

Comments Off on Guest Breaks Rules, Dances on Bench In Skyliner After Bottomless Mimosas