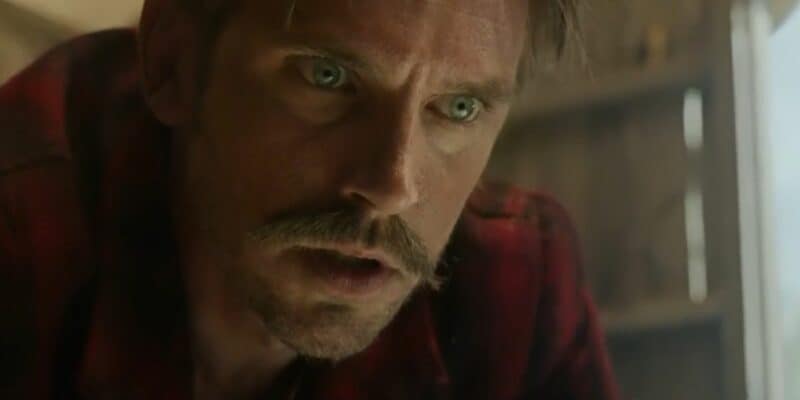 Dan Stevens is best known for playing the titular monster in Beauty and the Beast (2017), Disney’s live-action remake of the beloved 1991 classic. But soon, the 39-year-old actor will be the one going up against the beasts, as he has been cast in the sequel to Godzilla vs. Kong (2021).

Set for release in 2024, the film will be the fourth entry in shared cinematic universe the “MonsterVerse”, following Godzilla (2014), Kong: Skull Island (2017), Godzilla: King of the Monsters (2019), and Godzilla vs. Kong, while serving as a direct sequel to the latter.

The four films grossed a combined $1.9 billion worldwide, while Godzilla vs. Kong alone grossed over $470 million, making it the eighth highest-grossing film of 2021. Now, Australian media outlet 7NEWS Brisbane has reported via Twitter that filming for the sequel has begun on the Gold Coast in Queensland. Here’s what they shared:

Hollywood’s love affair with the Gold Coast continues. Filming has begun in spectacular style for the latest instalment of the ‘Godzilla vs. Kong’ franchise, the action taking place in the heart of the glitter strip. 7NEWS.com.au @Amelia_Adam7 #7NEWS

Hollywood's love affair with the Gold Coast continues. Filming has begun in spectacular style for the latest instalment of the 'Godzilla vs. Kong' franchise, the action taking place in the heart of the glitter strip. https://t.co/VZ3A1cpmr5 @Amelia_Adam7 #7NEWS pic.twitter.com/fiwjuti8XT

As you can see, the video shows a crowd of extras who appear to see something in the water before running and screaming for their lives, which echoes a similar scene in the MonsterVerse’s first entry, Godzilla, when the gargantuan reptile emerges off the coast of Honolulu, Hawaii, sending locals and tourists into a panic.

Plot details for Godzilla vs. Kong 2 (2024) are currently non-existent, but fans can undoubtedly expect a rematch between the two titular “Titans”.

As per Legendary and Warner Bros. (via IMDb), here’s the official synopsis for Godzilla vs. Kong:

Legends collide in “Godzilla vs. Kong” as these mythic adversaries meet in a spectacular battle for the ages, with the fate of the world hanging in the balance. Kong and his protectors undertake a perilous journey to find his true home, and with them is Jia, a young, orphaned girl with whom he has formed a unique and powerful bond. But they unexpectedly find themselves in the path of an enraged Godzilla, cutting a swath of destruction across the globe. The epic clash between the two titans–instigated by unseen forces–is only the beginning of the mystery that lies deep within the core of the Earth.

The last movie saw Godzilla and Kong, following an epic showdown, team up (or “tag-team it”, as you might say) against the man-made, artificially intelligent “Titan” Mechagodzilla, so whether or not the two cinema icons have developed a new quarrel in the interim remains to be seen.

While Godzilla vs. Kong 2 has only just started filming, there’s a lot happening on the smaller screen of the MonsterVerse too. For starters, Netflix will soon be streaming an anime series titled Skull Island (TBA), which will follow on from Kong: Skull Island.

More recently, it was announced that Kurt Russell and his son Wyatt Russell will be appearing in a live-action Godzilla TV series, which is intended to serve as a direct sequel to the 2014 MonsterVerse movie directed by Rogue One: A Star Wars Story (2016) director Gareth Edwards.

The show will premiere on Apple TV +, which has reportedly revealed the following synopsis:

Following the thunderous battle between Godzilla and the Titans that levelled San Francisco and the shocking new reality that monsters are real. The untitled series will explore one family’s journey to uncover its buried secrets and a legacy linking them to the secret organization known as Monarch.

It’s unknown whether or not any of the cast members will be reprising their roles in the sequel. Beauty and the Beast actor Dan Stevens will be playing the film’s lead, however, details about his character remain undisclosed, and no other actor has been confirmed as yet.

Are you looking forward to Godzilla vs. Kong 2? Let us know in the comments down below!