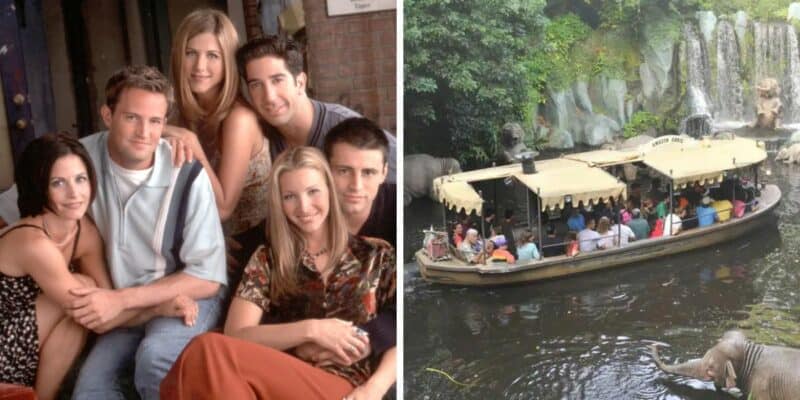 The Friends cast made a “surprise appearance” on Disney’s Jungle Cruise, with the help of a very funny and creative Skipper.

Guests who were riding Jungle Cruise recently thought they were about to see Rachel, Monica, Chandler, Ross, Phoebe, and Joey as the Jungle Skipper got creative with their cruise.

As the Skipper started pointing to some of the animals on Jungle Cruise, you can hear her say “This one’s name is Joey, that one’s Chandler, oh and there’s Monica,” obviously as a reference to the hit show, Friends.

The Skipper continued, “We’ve got Rachel and Ross and Phoebe right over there. I like to think that they’re all friends, we’re all friends here in the jungle.”

Disney fans got a kick out of this video as its gotten nearly 500 likes. You can see it below or by clicking here.

If you have never been on the Jungle Cruise, the official description on the Disney World website reads:

We love when the Jungle Skippers get creative on Jungle Cruise. What’s your favorite joke from Jungle Cruise? Let us know in the comments below.