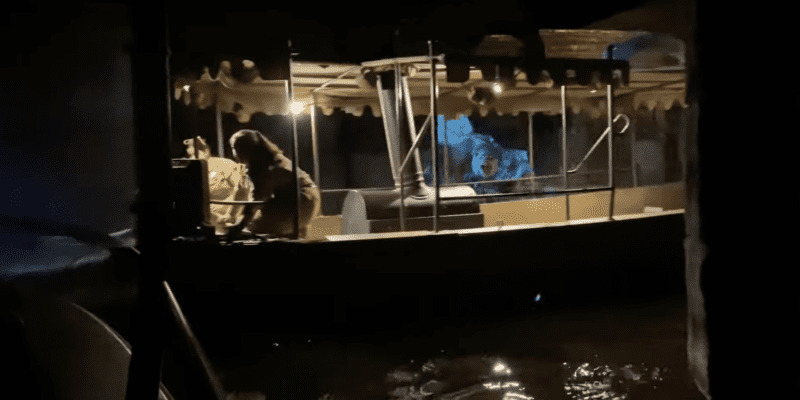 Some Guests recently had a very unique experience onboard one of Disney’s most classic and iconic attractions.

Walt Disney World is home to some of the most beloved attractions in the entire world. While it was the second Disney Park to open behind Southern California’s Disneyland, it certainly makes up for it with expansive Parks and immense dining and Resort options.

It also has an impressive list of roller coasters and dark rides like Pirates of the Caribbean, Haunted Mansion, Expedition Everest, and of course the Magic Kingdom classic, “it’s a small world”. And speaking of Magic Kingdom, another must-do ride is Disney’s Jungle Cruise.

This slow-moving tour through the jungle brings Guests face-to-face with all kinds of animals and wildlife. However, some Guests had a rather unique experience with the attraction as shown in a video from Livin’ LaFever Loca on YouTube which you can check out the below:

As you can see, the Guests’ boat broke down somehow leaving them stranded right behind “the backside of water”. Eventually, the boat ahead of them was able to tow them back to the entrance of the ride and the Guests were rescued.

We saw a similar situation unfold at “it’s a small world” recently where a Cast Member actually hopped into the water to help save trapped Guests.

Adventure Around Every Corner

Have you ever gotten stuck on the Jungle Cruise?