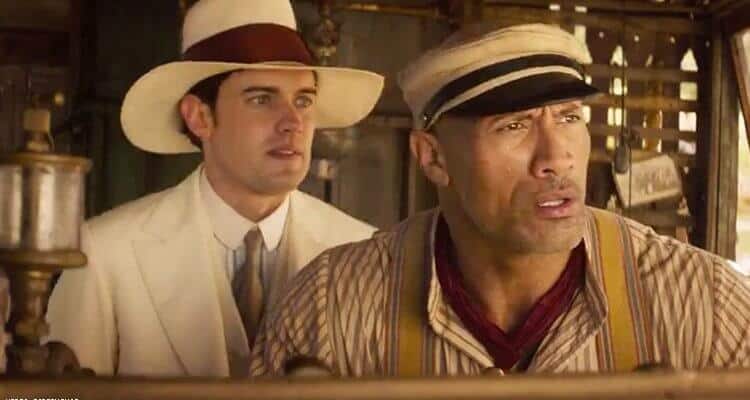 Disney has been pushing towards including characters from all communities in films and TV series as of late, ensuring that every viewer has a way to find themselves represented on screen. Now, we know that Disney’s live-action Jungle Cruise film, which is premiering on July 30 starring Dwayne “The Rock” Johnson and Emily Blunt, will continue to showcase a wide variety of characters.

Please note we will be discussing a small scene from the Jungle Cruise film, so if you want to avoid all spoilers, come back to this article once you have been able to see the film!

Actor Jack Whitehall plays MacGregor in the film (brother to Blunt’s character, Lily) and has a very subtle “coming out” moment with Frank (Dwayne Johnson). Considering that a coming-out scene is not typical for Disney, the Jungle Cruise team discussed that it was important to make the moment intentional and heartfelt during the film’s press conference. In the film, MacGregor notes he broke off three engagements with women because his “interests happily lay elsewhere,” to which Frank then toasts to “Elsewhere.”

When it came to Whitehall’s overall feeling towards the scene and character, he had this to say.

“I think it was a scene that we really wanted to get right…I think that what’s so great about his movie is that all of the characters feel so fleshed out and all of them have distinct backstories and are fully realized. And, you know, in a lot of movies in this kind of genre, sometimes you have characters that are a little bit kind of two-dimensional. But I think it’s so great that we get to understand so much about each of these characters and they all have reasons for being where they are and, you know, interesting and rich, textured backstories and things we’re invested in. And it makes you care about them, and it makes you really go on a journey with them.”

As we mentioned, Jungle Cruise will be available in theaters and on Disney+ Premiere Access on July 30!

Are you planning to watch the film? What do you think of Disney’s subtle choice to include this special moment in the film?