Disney Has Rolled Out a Giant Red Carpet for 'Jungle Cruise' Premiere! - Inside the Magic 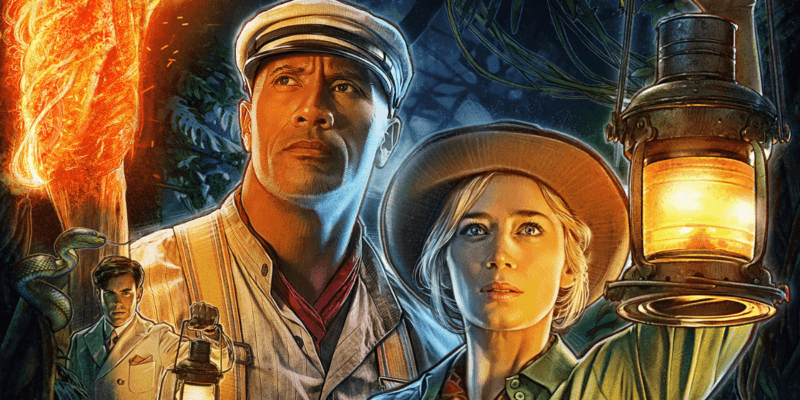 Disney’s hugely anticipated summer blockbuster film The Jungle Cruise will premiere in theaters and on Disney+ in less than a week. Disney’s newest film will be released on July 30, so Disney decided to have its official film premiere at the one location it made sense — the place where the story first came to life, Disneyland!

In preparation for the movie’s premiere event, Disneyland has rolled out one massive red carpet right outside the Fantasyland theater — the former home of the stage show Mickey and the Magical Map. The theater is right across from the “it’s a small world” attraction and next to Mickey’s ToonTown. Some lucky fans were able to get a glimpse of what was happening before tonight’s event.

Instagram user Nunieland shared a picture of the huge red carpet leading up to the Fantasyland Theater.

There’s definitely a lot of electricity at Disneyland today. The world premiere of #junglecruisemovie takes place today at the fantasyland theatre. @therock we can smell what you’re cookin’!

Ali (@adventureland.ali) was able to snag a picture of herself in front of the red carpet with the official The Jungle Cruise movie poster in the background.

Last day in Disneyland and I got to see the red carpet for the World Premiere of the Jungle Cruise happening tonight! ? ?

The Jungle Cruise premiere will see some of the film’s biggest stars, including Dwayne “The Rock” Johnson and Emily Blunt, walking the red carpet. The film is loosely based on the attraction that has been thrilling Guests since it opened in 1955 as one of Walt’s original Disneyland attractions. Here’s the official movie description from Disney:

Johnson even shared a special video that he and Emily Blunt filmed in the amphitheater where the premiere will be held.

It is important for Guests who are visiting the theme park today to remember that certain attractions and experiences will be closed because of the premiere. This includes The Jungle Cruise attraction itself (which will close early), and the Enchanted Tiki Room, which will be closed all day. The nightly fireworks show is also canceled for the night.

Disneyland will be live-streaming the premiere event, which you can watch tonight by clicking here! The Jungle Cruise will premiere in theaters and on Disney+ with Premier Access on July 30, but tickets are already one sale, so buy yours today!

Will you be watching The Jungle Cruise premiere tonight? Let us know in the comments!

Comments Off on Disney Has Rolled Out a Giant Red Carpet for ‘Jungle Cruise’ Premiere!