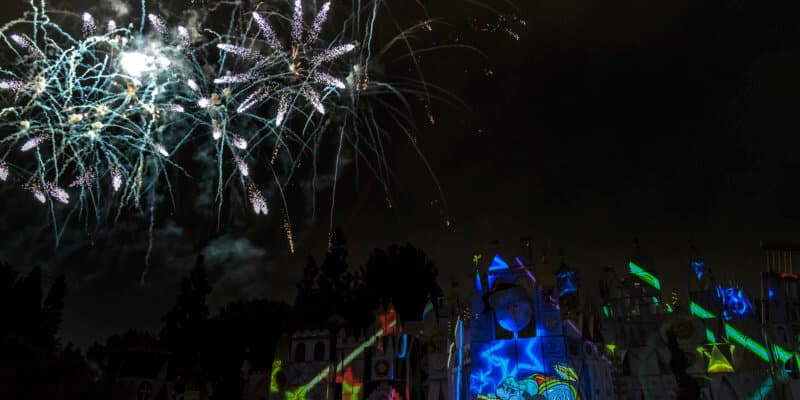 The highly anticipated Jungle Cruise film starring Dwayne “The Rock” Johnson and Emily Blunt is premiering very soon — this weekend, in fact! The world premiere of this movie based on a famous Disney attraction is appropriately taking place at the original Disney Park, Disneyland, in Anaheim, California. But how will this impact Disneyland Resort operations?

Disney confirmed on Disney Parks Blog, “Due to the movie premiere event, there will be some operational impacts to Disneyland park on July 24. Please check Disneyland.com for the latest details.”

Here, we take a closer look at what the Disneyland Resort official website is saying — as well as a post released by travel and theme park blogger @thecalibae — about several Disneyland attraction operations during July 24-26.

Fireworks are canceled on Saturday, July 24, though the projection show for Mickey’s Mix Magic will still be taking place. This means that even though there will not be any pyrotechnics, you can still enjoy the full projection show at Disneyland if you are visiting on Saturday.

The cancelation of fireworks on Saturday makes sense as they would impact the Jungle Cruise world premiere red carpet event in the Park.

Several Adventureland attractions and dining locations are being impacted by the Jungle Cruise premiere.

Walt Disney’s Enchanted Tiki Room will be closed all day on Saturday, July 24. The adjacent dining location, the Tropical Hideaway, will also be closed on July 24. Additionally, Jungle Cruise will be closed in the late afternoon and early evening on Saturday.

Per the official Disneyland website, which often lists operational times for attractions, Tarzan’s Treehouse will be closed all day on Sunday, July 25, and Monday, July 26.

On Saturday, July 24, Casey Junior Circus Train and Storybook Land Canal Boats will both be closing early. The audio for “it’s a small world” will also be muted starting at 8 p.m.

ToonTown access will be restricted in the evenings. Typically, ToonTown closes a couple hours before Park closing. However, due to the Jungle Cruise premiere (which we have seen being set up at the stage in Fantasyland where Mickey and the Magical Map used to take place), access to ToonTown will be restricted even earlier in the evening this weekend. So just be prepared and plan your visit to ToonTown for during the day instead, if you are heading to the Park this weekend.

If you are heading to Disneyland Park this weekend, just know that you should be sure to plan your day accordingly! If you want to ride Jungle Cruise specifically, we recommend hopping in the queue earlier in the day. Due to the excitement surrounding the recent enhancements for the attraction and the new movie coming out, the line can be quite long during peak times of the day.

For all of the most up-to-date information on Disneyland operations, be sure to visit the Disneyland Resort official website, download the Disneyland app, or ask a nearby Cast Member if you have any questions during your visit.

And, of course, these changes in Disneyland attraction and fireworks operations are because of the premiere of Jungle Cruise, which is very exciting for fans! As mentioned, Disney announced that a special live-stream event is taking place on July 24. You can click here to read all about that!

Per Disney’s announcement on Friday:

Are you heading to Disneyland Resort this weekend for some fun at the theme parks? Or do you plan to watch the live stream of the Jungle Cruise world premiere event from the comfort of your home? Let us know in the comments!