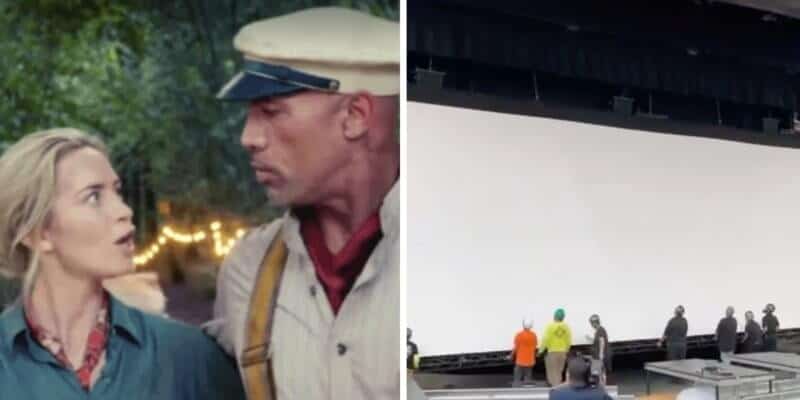 One of the most anticipated films of the summer from Disney, Jungle Cruise, is gearing up for the premiere, and film star Dwayne “The Rock” Johnson is excited to share where the premiere will take place.

Jungle Cruise, starring Dwayne Johnson and Emily Blunt, has been ready to reveal for a while now. The film was originally meant to debut in 2020; however, due to the pandemic, Disney put a pause on the film’s release date so that it could come out when theaters reopened.

Surprisingly, it seems that the timing of the pushback worked well for Disney, as both Disney World and Disneyland have been giving their Jungle Cruise attractions a refurbishment to remove the previously culturally offensive storyline. Now that Disneyland has fully reopened the attraction, Guests and fans of the theme park are definitely in the “Jungle Cruise” mindset. That being said, the attraction’s storyline and the film’s storyline are completely separate from one another!

Recently, Dwayne (@therock) shared an epic video on his Instagram account, showing Disneyland getting ready to host the premiere for Jungle Cruise! Look at how Disneyland is transforming its theatrical stage into a red carpet event premiere for the film.

Although the film will premiere at Disneyland on July 24th to invited Guests, the actual film will hit theaters on July 30, just a few days later. If you are unable to make it to a theater, no fear! Disney has utilized the Premier Access feature on Disney+ throughout the pandemic to allow viewers the opportunity to purchase new release films such as Black Widow for $29.99.

Do you plan on watching Jungle Cruise in theaters on July 30? Let us know in the comments below.