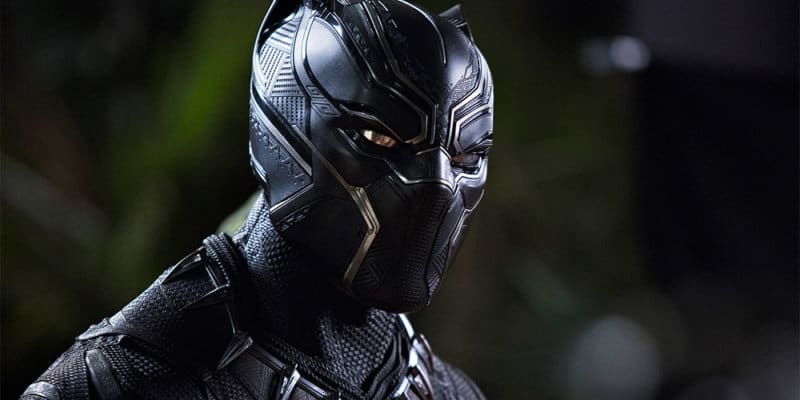 Marvel Studios has just given us the first-ever look at the upcoming Black Panther: Wakanda Forever (2022) character, Attuma the Atlantean — but whether he will prove to be a friend or foe to Wakanda, is yet to be seen.

In a brand-new promotional image for Wakanda Forever, an upcoming Marvel Cinematic Universe film slated for November 11, 2022, Marvel has revealed the character design and look for the character Attuma, a villain who stands in opposition to Namor the Sub-Mariner in the Marvel Comics — a rumored Black Panther 2 villain, himself.

Attuma is shown in warrior-like garb inspired by Aztec and Mayan styles, but the Atlantean and ocean-themed spin comes from the giant hammerhead shark skull “helmet” perched atop his head.

Previously, we’ve discussed the likelihood of Namor being the main villain of Black Panther 2, as his story might intersect with the upcoming Iron Man spin-off and Disney+ Original TV series Ironheart. Ironheart, which began filming in May starring Dominique Thorne as Riri Williams, is rumored to come into play for the first time in the much-anticipated Black Panther: Wakanda Forever.

Supposedly, Wakanda Forever will feature a plot surrounding Ironheart‘s super-genius Riri Williams — who will likely have connections to Robert Downey Jr.’s Iron Man and villain Obadiah Stane (Jeff Bridges) — creating some sort of device within Wakanda that causes damage to the underwater nation of Atlantis.

This could be Marvel fans’ first glimpse of and introduction to the young inventor from Chicago, who is African-American herself and might have ties to Wakanda by heritage — or maybe through a Wakandan International Outreach Center sharing Wakandan science and tech with local communities in the United States, started by King T’Challa (Chadwick Boseman) at the end of the first Black Panther (2018) movie.

Riri Williams’ connection to Wakanda would potentially give Namor the Sub-Mariner, who is a Prince of Atlantis, a reason to go up against the African nation and face off against their country’s protectors — the Black Panther and the all-female group of elite Dora Milaje warriors, if Atlantis deems Wakanda a great enough threat.

So it stands to reason that with the introduction of Atlantis in Black Panther: Wakanda Forever, the character of Attuma, another Atlantean (though hailing from a group ostracized from Atlantis proper), would get involved too — however in what capacity, we can only begin to make educated guesses.

If Namor is truly the “Big Bad” of Wakanda Forever, Attuma might actually prove to be an ally to Wakanda, and by extension, the Black Panther, and Attuma exposes the threat that Atlantis could pose to the people of Wakanda or the world at large.

However it might also be possible that Attuma retains his designation as Marvel villain — as he could also show up as an even “Bigger Bad” for the heroes to face — which might prompt Shuri (Letitia Wright) and Okoye (Danai Gurira) and Ayo (Florence Kasumba, set to star in Disney+’s Kizazi Moto) of the Dora Milaje, to rethink their fight with Namor.

It might result in a teaming up of both countries’ protectors — with Namor the Sub-Mariner and the Black Panther, Princess Shuri, and the Dora Milaje putting aside their differences to take on a greater evil.

Ultimately, whether Attuma ends up as a rival or ally to the African country of Wakanda and the Black Panther, we’ll have to wait for more news from Marvel themselves — or even for Black Panther: Wakanda Forever to hit theatres in November.

At the very least, we know that Attuma will be joining the Marvel Cinematic Universe in shark-skull-wearing style.

What do you think of this first look of Attuma? Let us know in the comments down below!

With Chadwick Boseman’s (King T’Challa) passing in 2018, Marvel Studios director Ryan Coogler has stated that they will work around the original script intended for Boseman’s T’Challa in Black Panther: Wakanda Forever, with actors confirming that audiences can expect a touching tribute to Chadwick Boseman this November.