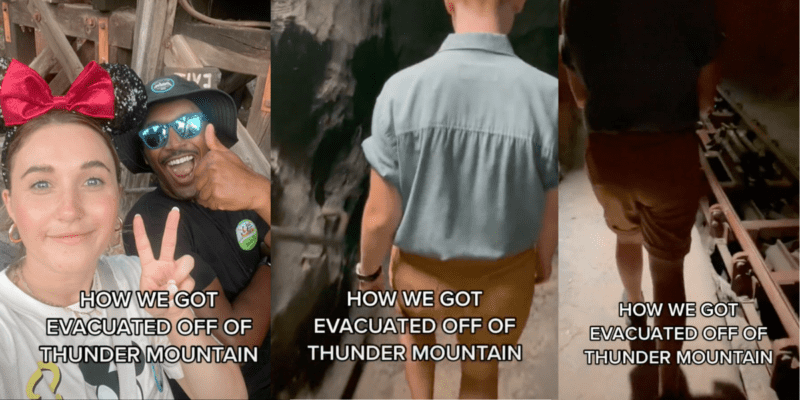 Getting evacuated through secret backstage areas is a dream for many Disney Parks fans! Getting to see “behind the magic” is a rarity that two  Disneyland Resort Guests got to experience this week.

Halee Etter (@haleee.tter on TikTok) shared a video explaining how she and her boyfriend were evacuated from Big Thunder Mountain Railroad in Frontierland at Disneyland Park:

Etter explains that the pair sat on the ride for about five minutes until they were evacuated through a “creepy underground tunnel” that led to the rollercoaster’s tracks.

“And then we just exited right on out,” Etter says in the video, showing footage of a Disneyland Cast Member leading them through the dark backstage area.

No one was injured during this ride evacuation and Big Thunder Mountain Railroad continues to operate normally at Disneyland Park.

Board the wildest ride in the wilderness if you dare! This beloved coaster has homes at Disneyland Park, Magic Kingdom at Walt Disney World Resort, Tokyo Disneyland, and Disneyland Paris. From Disney:

Have you ever been taken backstage during a Disney Park ride evacuation?