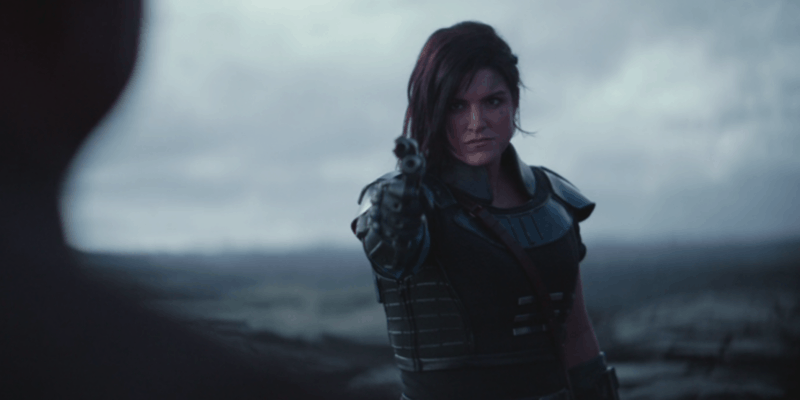 An actress who was axed by Disney is calling out the company.

There have been plenty of expansions throughout the Disney universe, including in some of its most popular properties, including Marvel and Star Wars.

However, a former actress who starred in The Mandalorian found herself on the outside looking in after Disney canceled her for controversial social media posts relating to politics. Gina Carano, who played New Republic Marshal Cara Dune on  Jon Favreau and Dave Filoni’s hit Star Wars series, The Mandalorian, has spoken out regarding her treatment while working with Disney.

Carano made her way back to the big screen in The Daily Wire’s Terror on the Prairie (2022), which was released earlier this summer. The film is sparking controversies among those who wish to completely silence the pro-MMA fighter Gina Carano, as well as excitement among her countless fans who have followed the Deadpool (2016) starlet throughout her career.

Recently, Carano spoke about her time at Disney and shared that she felt “harassed” by the company.

“When they’re calling you, the publicists are calling you, and the first thing they lead with is, ‘Oh this isn’t about politics’ and I’m like, you know, ‘are you putting your other people, your other actors through this? Are you harassing them?’”

She continued by saying she simply couldn’t believe the conversations she was having to have with Disney’s publicists.

“I mean, it’s really, really ridiculous. Like, when you look back at my, you know, offenses, it’s really kind of, I just can’t believe grown a** adults…were calling me and having these conversations.”

While Carano won’t be returning to The Mandalorian season three or for her solo Star Wars spinoff series Rangers of the New Republic (which was canceled after Carano’s departure), the ex-Hollywood star is still making her rounds in new formats and refusing to leave the public eye or creative spectrum of film-making.

At this point, Carano’s film has received an 86% audience rating from Rotten Tomatoes and hasn’t been rated by critics.

What do you think of these comments from Gina Carano?