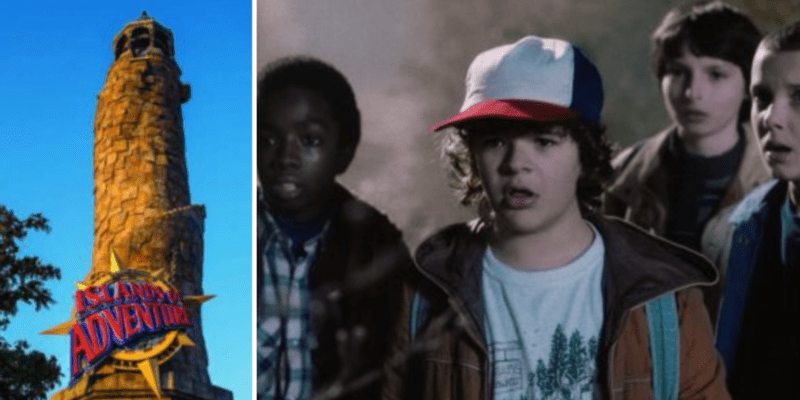 Could a newly-themed attraction be taking over Universal Orlando Resort?

Universal Orlando is currently in the midst of several major construction projects, the biggest of which is the Epic Universe.

The Epic Universe, Universal’s largest theme park, is set to open in 2025 and there has already been confirmation that a Super Nintendo World will inhabit the area. In addition, there are rumors that the Universal Orlando Park could also have a How To Train Your Dragon land, a Classic Universal Monsters land, and an additional Wizarding World of Harry Potter land.

But, there are other projects happening at Universal Orlando Resort, as well.

Revenge of the Mummy is currently undergoing a lengthy refurbishment at Universal Studios Florida and Shrek 4-D just recently closed down permanently. A rumored Minions-themed attraction is set to take over the space and a Minions Cafe could be coming in the place of the recently-closed Universal’s Classic Monsters Cafe.

However, Universal Orlando Resort just recently tweeted an interesting image that may point to another attraction coming in the future.

This can’t be good

This can't be good. pic.twitter.com/th2UUEQBal

As you can see, the clock from Stranger Things is settled next to the lighthouse at Universal’s Islands of Adventure.

Many have speculated that this could be a teaser for another Halloween Horror Nights house, but the interesting part of this Tweet is the fact that the clock is next to Islands of Adventure. Halloween Horror Nights have not taken place at Islands of Adventure for the last few years, so this could be a possible teaser that the beloved event could become a two-park endeavor this year rather than just the one theme park, as it has been at Universal Studios Florida in the past.

It should be noted that a Stranger Things maze was last part of Halloween Horror Nights in 2019.

Outside of Halloween Horror Nights, there’s always a chance that this could be a teaser for a permanent attraction or experience. At this point, however, nothing has been confirmed and we’ll have to wait to see what comes of this cryptic message.

What do you think of this possible teaser for Stranger Things becoming a part of Universal Orlando? Let us know in the comments!