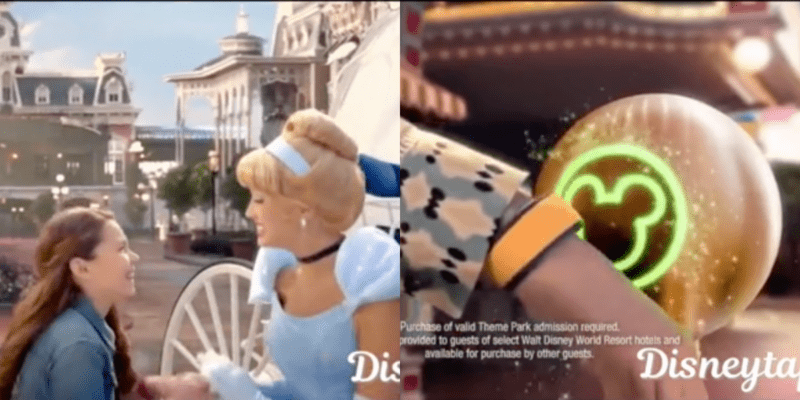 That all changed in 2021 when the Disney Genie app debuted and brought with it Genie+ and Individual Lightning Lane at Walt Disney World and Disneyland Resort.

For $15 per Guest per day, Genie+ allows Guests to book Lightning Lanes to reduce the wait times at their favorite attractions. Individual Lightning Lanes are available separately for high-demand rides like Guardians of the Galaxy: Cosmic Rewind at EPCOT and Star Wars: Rise of the Resistance at Disney’s Hollywood Studios.

At first, Guests could book Genie+ ahead of their vacation, but the system got overwhelmed quickly. Earlier this month, Disney scrapped the “planning ahead” aspect of Genie+; now, it’s only available for purchase day of at the Parks.

Despite changes, Disney Parks fans are consistently frustrated with the service, arguing that the wait times are longer than the system’s free predecessor, FastPass+, and the app is too complicated to use.

In the video, Lumière from Beauty and the Beast (1991) travels around Magic Kingdom, showing Guests tapping their MagicBands for premiere access to meet-and-greets, shows, and rides.

“Be our Guest, be our Guest, let our magic do the rest,” Lumière sings. “Meet a princess, what a treat! You booked ahead, so here’s a seat. Get on rides in less time, makes every memory divine!”

“Introducing FastPass+ at Walt Disney World! Included at no extra charge with Theme Park admission,” a voiceover says. “Reserve attractions in advance and spend more time having fun together.”

Walt Disney World Resort Hotel Guests could book FastPass+ 60 days ahead of their vacations, while off-site Guests could plan up to 30 days in advance.

Commenters were emotional upon seeing the commercial again. “Back when Disney World was actually worth the money,” OnxlyMeg said.

Others called this 8-year-old commercial “the good old days” and the current state of The Walt Disney Company “greedy.”

Of course, FastPass+ wasn’t without its problems. But the main drive to the service was that it was free-to-use for all Guests and made planning a Disney vacation in advance much easier.

Which did you prefer – Genie+ or FastPass+? Let us know in the comments.