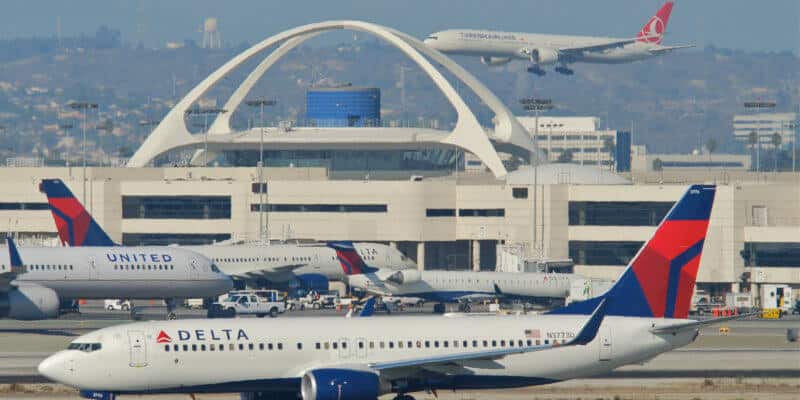 Upon landing at the MCO terminal, 51-year-old Bryan Patrick Durning, of Altadena, CA, was arrested for in-flight sexual abuse of a minor. Per a report regarding the situation:

The court document says a girl, referred to as “MV” (for “minor victim” older than 12, but younger than 16), was sitting in the middle seat and was allegedly touched by Durning, who was on the aisle to her left. The child’s mother sat two rows ahead, reportedly due to a reservation issue.

The girl later told investigators that Durning began “to cough and sneeze” on her, then says he touched her “hair and neck” before moving onto other more intimate body parts. Durning “reached over to touch her inner left thigh, moving her thigh toward him,” the affidavit alleges, and then sexually abused her “over her clothing.”

A witness corroborated the victim’s statement and noted that she offered to switch seats with the “shaking” young girl. She even cautioned Durning to “stop scaring” his seat mate.

The article went on to note that the girl’s mother, who was seated in front of her, became aware of the situation at some point during the flight:

When the girl’s mother looked back at what was happening, she told authorities she saw her daughter mouth, “He touched me,” and approached Durning, whose pants were “unzipped.” A flight attendant then reportedly moved the suspect to a different seat for the remainder of the trip.

During, as previously noted, was arrested by federal agents upon landing. He has been charged with abusive sexual contact of a minor and committing a crime on an aircraft in flight. He must turn over his passport and, per a Delta Airlines release, has been blacklisted by the popular carrier:

We have zero tolerance for this type of alleged behavior on our flights and at our airports and the charged individual is no longer welcome to fly Delta.

It is unknown where the young victim and her family were traveling to in Central Florida, but it’s worth noting that MCO is the primary airport for Guests visiting Walt Disney World Resort’s four theme parks — Magic Kingdom, EPCOT, Disney’s Animal Kingdom, and Disney’s Hollywood Studios.

Have you ever had an unpleasant in-flight situation?