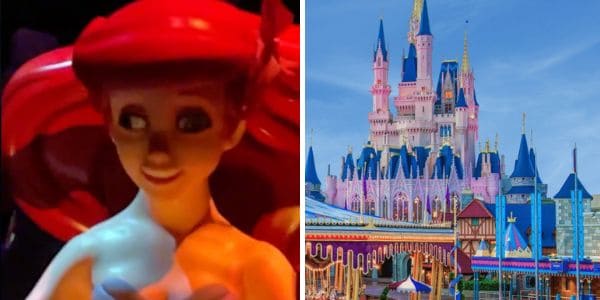 One Guest was left with “nightmares” after a creepy malfunction in the Magic Kingdom at Walt Disney World.

At Disney World, Guests have so many options when it comes to entertainment. From live shows to the ever-expanding list of rides and attractions, Guests will be sure to find something magical.

However, sometimes things can go wrong and the overall experience of the ride or attraction can be diminished. From stops to complete evacuations, Guests may be the unlucky (or lucky) ones to see a Disney ride breakdown.

In very rare cases, a feature on the ride will break, resulting in what can either be a funny malfunction or a terrifying one.  We have seen this happen in the past with various rides but one left a Guest scared to even go to sleep.

A video shared on TikTok happened to fall in the latter category. See the video below shared by @thevillageghost:

I just wanted to have fun. All I got was nightmares. #littlemermaid #ariel #underthesea #nightmare #ridefail #malfunction #fyp #disney #disneyworld #fail #viral

Related: Guest Asks For Prayers After Disastrous Day at Disney

As you can see, the Ariel animatronic on the Under The Sea – Journey of the Little Mermaid attractioin at Magic Kingdom seems to be experiencing some issues with its eyes, resulting in a creepy image for Guests who pass by. Hopefully, this will be resolved soon!

For those who may not have experienced Under The Sea – Journey of the Little Mermaid, Disney describes the attraction as follows:

What Disney ride creeps you out?