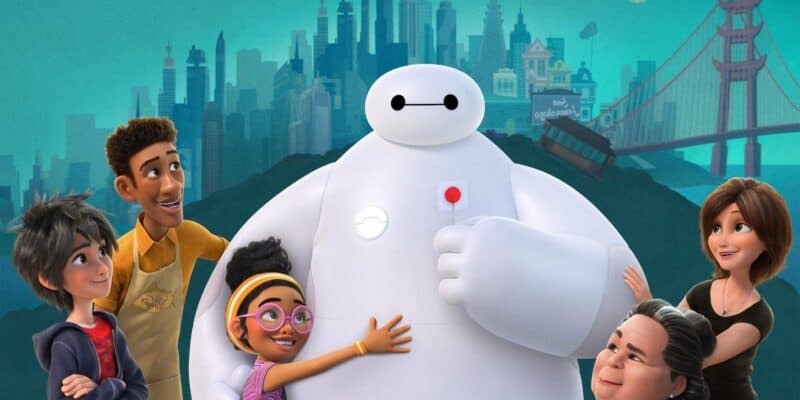 Disney’s new original series continues to promote the company’s pro-LGBTQIA+ stance, as the show tells the story of a same-sex couple in one of the episodes.

We recently reported on the groundbreaking inclusion of a trans character helping Baymax pick out tampons and feminine products along with other customers at a store. This scene has received all sorts of reactions but has made the LGBTQIA+ community feel seen and represented in a significant Disney project.

The new Disney+ series continues to reaffirm the support for the LGBTQIA+ community as one of the episodes will feature a same-sex couple, as we can see in a new clip posted on Twitter by Jonah Sidhom (@JonahSidhom), a Pixar animator who was able to work on this new project.

(‘Baymax!’ spoilers) it’s finally here!! Honored to have been able to animate this moment from episode 4 of #Baymax which is out today, go check it out! And Happy Pride everyone #animator #disneyanimation

(‘Baymax!’ spoilers) it’s finally here!! Honored to have been able to animate this moment from episode 4 of #Baymax which is out today, go check it out! And Happy Pride everyone 🏳️‍🌈🌈💖 #animator #disneyanimation pic.twitter.com/41GMchrVcu

Anny Mation (@MationMiss) was one of the viewers who shared her excitement to see this couple on Baymax! and tweeted:

After the polemic that surrounded the Walt Disney Company with the “Don’t Say Gay Bill,” it is gratifying to see the company taking a stand with the LGBTQIA+ community. Part of these efforts was the official renaming of the rainbow collection, officially known as the Pride Collection this year, which fans considered “a step in the right direction.”

Walt Disney Animation Studios’ “Baymax!” returns to the fantastical city of San Fransokyo where the affable, inflatable, inimitable healthcare companion, Baymax (voice of Scott Adsit), sets out to do what he was programmed to do: help others.

Will you be watching Baymax! on Disney+? Let us know in the comments!

Want to watch Disney classic movies, including Peter Pan (1953), Pinocchio (1940), Dumbo (1941), Snow White (1937), Fantasia (1940), and many more? What about Star Wars? Marvel Cinematic Universe? Disney+ is home to these stories and so many more! Disney+ is packed with new releases like Ms. Marvel, starring Iman Vellani, and Obi-Wan Kenobi, with all episodes of this latter streaming now! Hocus Pocus 2 is making its premiere on September 30, pleasing fans of the original 1993 movie after nearly 30 years, and Disney will soon release the original series The Santa Clauses, which will follow the story of Scott Calvin/Santa Claus (Tim Allen) some time after the events of the Santa Clause franchise. Click here to watch today!