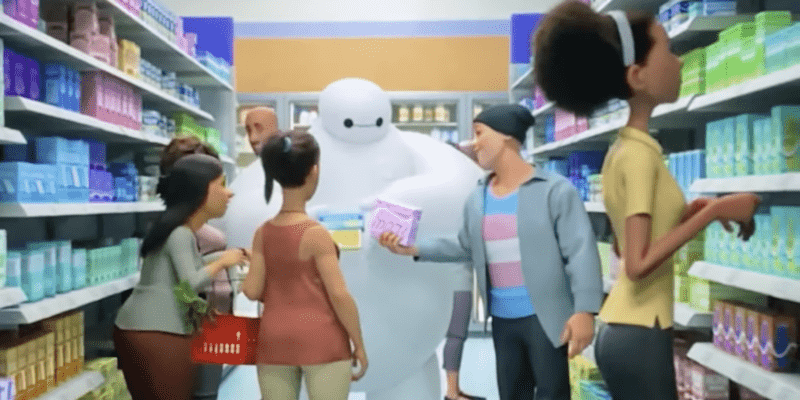 There is no denying that both Pixar and Disney have been on a rill as of late with films like Soul (2020), Encanto (2021) and now Turning Red (2022) with all three receiving critical and commercial praise. But some of Disney’s latest films have garnered some rather negative opinions.

We probably don’t need to remind you about the backlash and controversy Disney’s Turning Red (2022) received upon its release, as the film dealt with topics some parents thought were too sensitive for children and pre-teens like growing up, dating and attraction.

The coming-of-age film primarily started to receive backlash online primarily due to its exploration of a young girl getting her period for the first time. One scene, specifically, features the line, “I have ibuprofen, Vitamin B, a hot water bottle, and pads.” While this dialogue is a little more graphic than what most are used to from Disney or Pixar, the film prides itself on being relatable as well as “real” to viewers who may be going through the same thing Mei, the main character, is going through.

Despite this somewhat negative reaction from some audiences, the film proved to be a hit and many have loved watching it, wishing it had had a full release in theaters like Lightyear (2022) did.

However, the backlash regarding the discussion of puberty and feminine products may not be over, as a new Disney project has once again included these elements in its storytelling.

Baymax, the popular and lovable character from Disney’s Big Hero 6 (2014) has become somewhat of a Disney icon. While a little more obscure than Cinderella or Mickey Mouse, the inflatable caretaker has proved to be popular enough o get his own series on Disney+ which was released today called Baymax!.

The series returns us to the word of Big Hero 6 and reunites us with the loveable Baymax and his future adventures as a healthcare robot. One clip in particular from the new show however has garnered all kinds of reactions from fans online through social media.

See the scene below shared by Patrick Dougall (@PatrickADougall):

Wait til all the people who were mad at Turning Red, see the new Baymax series! Bahahaha! We love to see it!

Wait til all the people who were mad at Turning Red, see the new Baymax series! Bahahaha! We love to see it! pic.twitter.com/5Cf8Zh6uKa

As you can see, Baymax is seen asking for tampons and feminine products from customers at a store. Each customer recommends a different product leaving Baymax humorously holding a bunch of items. One package was given by a customer with a shirt representing the trans flag.

Only time will tell what the overall reaction to this scene and future scenes will be but for now, people have been comparing it to Turning Red. Baymax! features Maya Rudolph as Aunt Cass and Scott Adsit as Baymax as well as Emily Kuroda, Lilimar, Zeno Robinson, and Jaboukie Young-White.

Walt Disney Animation Studios’ “Baymax!” returns to the fantastical city of San Fransokyo where the affable, inflatable, inimitable healthcare companion, Baymax (voice of Scott Adsit), sets out to do what he was programmed to do: help others.

Will you be watching this new show on Disney+?