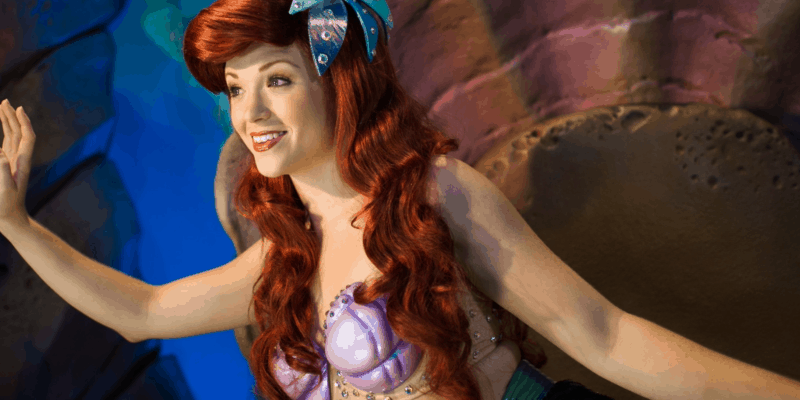 Everyone knows that while the Disney Parks offer some truly incredible experiences, a big part of that “magic” comes from the Cast Members.

Unfortunately, this isn’t always the case with some Guests and even Disney management.

In a story compiling multiple interviews with former Disney Park Cast Members, some truly shocking things were revealed about what it’s like to work for the mouse.

One Cast Member discussed the problem with Ariel, saying that it was a common occurrence. In an even more shocking story, one ex-Cast Member recalls a friend portraying Ariel in the Parks and feeling pressured to alter their body for the job, “I had a friend who was a gorgeous redhead in her early twenties. She got cast to play Ariel at Disney World. She returned home after a few months saying that they were pressuring her into getting breast implants. To quote her manager, “There is no way Ariel has such small boobs.”

This is, of course, only a claim from an ex-Disney Cast Member so take that as you will. The character of Ariel is well known in the Disney Parks for showing the most skin, as her outfit is very revealing. Whenever a Disney character has a more “revealing” wardrobe, it seems like problems arise.

This issue is one that we have discussed several times already at Inside the Magic is the problem of Cast Members being harassed. Certain characters are the victim of sexual harassment from Guests, so much so that Disney even removed one of them from the Parks.

Despite the character or outfit, any type of harassment, whether it’s from Guests or higher-ups within the company is unconscionable.

In another interview, a sad truth was revealed about the many ducks that walk through the Walt Disney World Resort, most commonly in the Magic Kingdom. A Cast Member said, “I used to occasionally work at one of the outdoor carts in front of the castle at Disneyland. There’s water in various areas of the park, so we got lots of ducks, and in the springtime, the babies would hatch and walk around with their mothers. People don’t always pay attention to where they are going and sometimes step on one of them, usually killing them. If I was able, I would step away from my cart to escort a family of ducks to safety.”

Another surprising issue is that Disney is very slow to blame Guests. One Cast Member said, “I think the worst part about character harassment is that Disney does not prosecute the guests, at least when I was there. When I was working in the 2000s, there was someone whose wrist was broken by a drunk guest who grabbed and twisted it really badly. They refused to prosecute, and I think she may have ended up with permanent nerve damage in her wrist, which really sucked because she was also a gymnast”

A more positive secret was told by a Cast Member, saying, “We actually care a lot about the guest experience. If someone drops their ice cream, I can get them A new one free of charge. It’s called “keeping the magic.” This may not come as a surprise as Disney Cast Members are notorious for trying to fix a negative situation.

Another positive was that, according to this former Cast Member, the drivers on Kilimanjaro Safaris at Animal Kingdom got paid more, due to the fact that they had to know a script as well as actually drive a giant truck full of Guests.

One Cast Member said that there are cameras everywhere, like, everywhere and Disney catches Guests “getting friendly” all the time. This one Cast Member talked about this problem occurring on Haunted Mansion quite often.

It is important to remember that these are all stories shared by former Cast Members and certain elements may be embellished or sensationalized. Still, it is never ok when Guests cause trouble for Cast Members. Cast Members are in the Parks to help you have the vacation of your lifetime and should be treated with respect.

Have you ever heard a crazy Cast Member story?