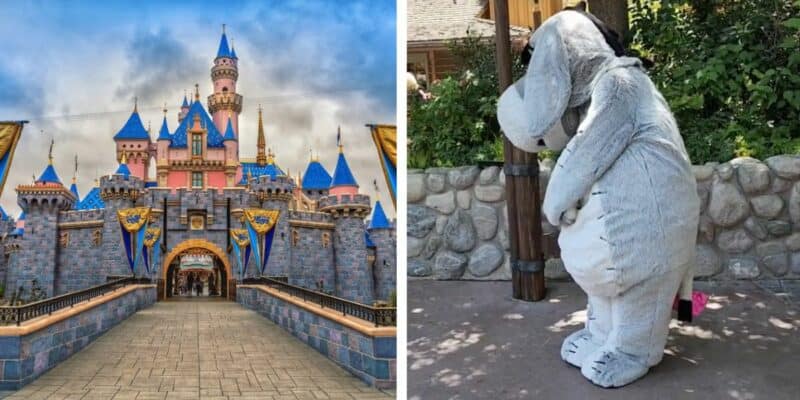 A Disney Cast Member is taking to TikTok to share an unfortunate incident she encountered.

TikToker dearanddarling has been sharing stories from when she was a Cast Member at Disneyland to her profile. In a recent video, she shared how one time she was assaulted by an “entitled Guest”.

“This story once again takes places here in Critter Country,” the TikToker began. “I was scheduled as Eeyore. So the way it works is that there are two of each character scheduled every day. So I would come out for a half an hour and then I would go backstage to take a drink and my double would be there waiting for me and he immediately comes out and takes my place for the next half hour.”

She went on to explain how in Critter Country it is crucial that you get from backstage to the queue to the line as quickly as possible because there are Guests there that are waiting in line. She even explained that during training, they were told that during the exchange, they had to walk quickly and were not allowed to stop for any Guests to take photos.

The TikToker went on to share her incident. She was walking from backstage and there was a man waiting with who she assumed to be his daughter, when she started yelling “Eeyore, hi!”

The Cast Member said she waved, but continued to walk as she had to get to the line of Guests waiting. The man proceeded to push his daughter to Eeyore, to which she then grabbed her hand and continued to walk just to be nice. The man followed them with his camera and then they got to the line where other Guests were waiting, and the man backed up into the queue.

The Guest was not kicked out of the Park, but the hosts caught up to him and gave him a warning.

You can hear her full story in the video below:

Lots of my stories are sweet. This is not one of them! This is the time I got hit by the wrath of an entitled guest. Boo. #storytime #disneycastmember #disneybehindthescenes #disneycreator