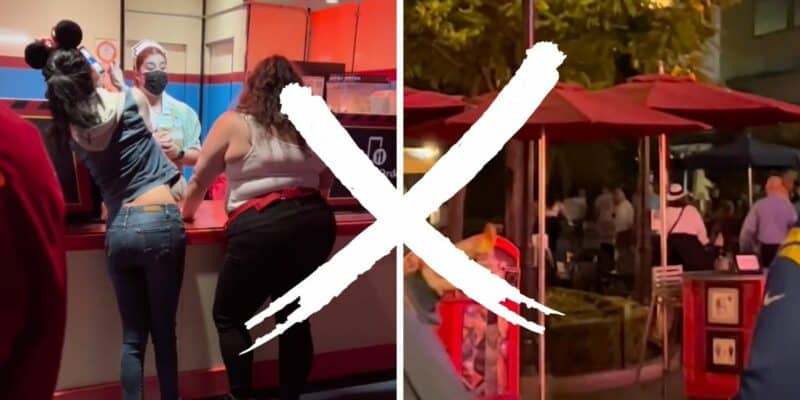 Over at Disney California Adventure in Disneyland Resort, two Guests reportedly got drunk and harassed a Cast Member.

In the following video, which was posted by TikTok user comolajennifer, two Guests are seen standing at the counter in Disney California Adventure, reportedly giving the Cast Member a hard time.

The one Guest proceeded to pull their phone out and pretend to video the Cast Member. They were then seen being escorted out of the theme park.

One user, who was reportedly at the Park, commented on the video explaining the Guests placed a Mobile Order for alcohol but then got carded when they went to pick up the drinks:

Omg I was behind them! They got upset because they did a mobile order and then got carded😂😂😂

Another TikTok user commented on the video, writing:

Just a taste of their own medicine. As an ex cm I always hated when guests would do this to me or coworkers just to get whatever they wanted.