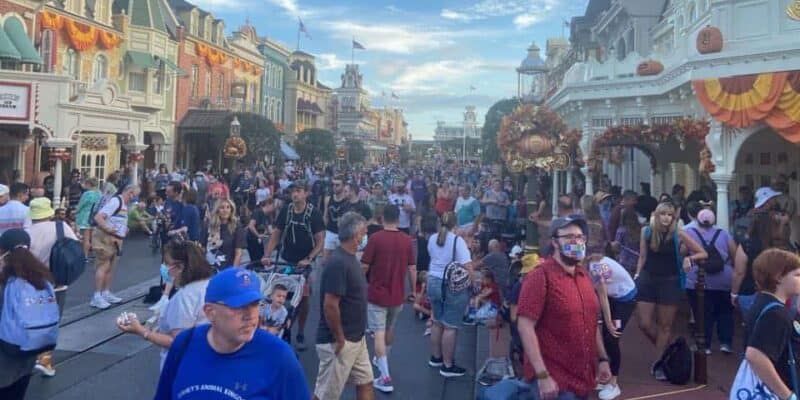 Walt Disney World Resort is dubbed as the “Most Magical Plance on Earth”, but that doesn’t mean everyone who walks through the Disney Park gates will experience the magic.

While there are iconic attractions to enjoy like Haunted Mansion, Pirates of the Caribbean, Space Mountain, Jungle Cruise, and many more, as well as memories to be made all throughout the day, many “unmagical” situations do arise, unfortunately.

One of the tough truths about operating a theme park is that everything is not going to go as planned.

There are times when attractions break down and when Guests have to be evacuated. Through these situations, however, Disney Cast Members ensure safety and try to make the most of any less-than-magical situation.

In a recent Reddit thread, User U/Keiper shared that they had broken down on Remy’s Ratatouille Adventure on EPCOT. Unfortunately, they revealed that many Guests were “vocally irate” and “abusing” Cast Members because of the inconvenience.

“The ride broke down and we had to be evacuated,” the user said. “Cast members were very friendly even though there were a ton of vocally irate people abusing them. Never get why people have to be sh***y for minor inconveniences.”

Disney Cast Members do their best to ensure that Guests have a fun time during their trips to Walt Disney World Resort. While inconveniences certainly arise, it’s never okay to take those frustrations out on the Cast Members. Doing so can have you removed from the Park, or can potentially leave you in the hands of the police for further questioning.

User U/schroedingersnewcat shared an instance this past summer where they were actually rewarded even more so for being kind to Disney Cast Members after a ride evacuation.

“We were evacuated from Toy Story Mania this past summer,” the user said. “My sisters and I were ecstatic, visibly bouncing on our toes. People looked at us like we were stupid. CMs just giggles along with us. We are all in our 20s/30s. The CMs said we made their day by being so excited. They actually gave us front of the line passes (no LL then) for any ride except Rise. And because we didn’t scream at them, they gave us 2 each.”

Ride mishaps, unfortunately, happen from time to time, but the Disney Cast Member does try to make it up to Guests when these situations occur.

One of the ways they typically do this is by offering a free Lightning Lane pass for any attraction as a way to make up for lost time on the broken-down attraction. Lightning Lane and Disney Genie+ took the place of the FastPass+ system this past fall.

What do you think of this interaction with Disney Cast Members? Let us know in the comments.

EPCOT is home to many world-class attractions including The World Showcase, Soarin’ Around The World, Living with the Land, Gran Fiesta Tour Starring The Three Caballeros, Journey Into Imagination with Figment, Remy’s Ratatouille Adventure, Mission: SPACE, Test Track, The Seas with Nemo & Friends, Spaceship Earth, and much more. The Disney Park is also expected to open the all new Guardians of the Galaxy: Cosmic Rewind roller coaster this summer.