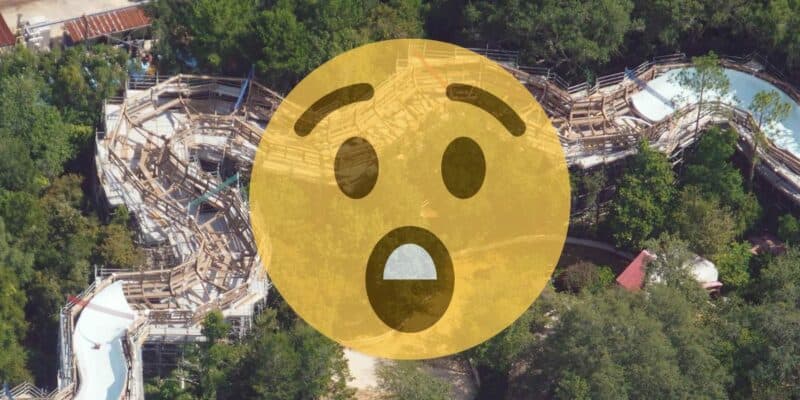 Guests also rush to the iconic waterslide, Teamboat Springs, which is one of the more popular attractions at Blizzard Beach. The water ride takes Guests through twists and turns down a 1,200-foot slide! Disney World describes the ride as:

Get ready to be propelled through 1,200 feet of twists and turns on this super-long, super-wide waterslide. On this epic whitewater journey down the mountain, you’re at the mercy of gravity—and unpredictable rapids.

Hang on to the handles as your oversized inner-tube raft banks left and right and rotates randomly, putting your whole team in the path of drenching sprays.

Each raft accommodates 4 to 6 riders. If you have fewer than 4 in your party, you may be asked to share your raft with other Guests.

Typhoon Lagoon and Blizzard Beach typically close every year during the winter months for refurbishment during low peak season. Disney has not officially announced an end date for the water park’s refurbishment.

It seems as though Disney is removing parts of Teamboat Springs as part of the ongoing refurbishment. Per bioreconstruct:

Related: Photo Shows Blizzard Beach Is Nearly Abandoned (Even on a Holiday)

Unfortunately, little is known about what Disney is doing during the water park’s closure, but it is clear that Imagineers are working hard on getting Blizzard Beach ready for Guests.

Again, at this time the water park will be closed indefinitely as Disney has not yet announced an opening date. Inside the Magic will update you as we get information.

Are you upset to see Blizzard Beach closed indefinitely? Let us know in the comments below.