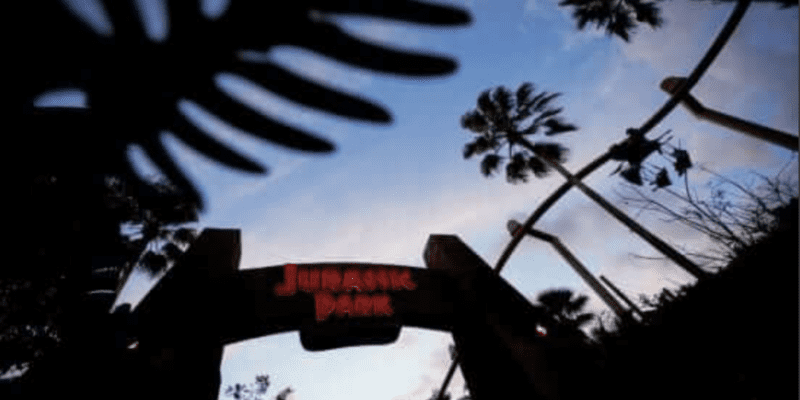 At these two theme parks, Guests can experience many thrilling attractions and immerse themselves in captivating lands that absolutely are fun for the whole family.

One of the most popular lands at Universal Orlando, of course, is Jurassic Park.

Home to three major attractions, Camp Jurassic and the Discovery Center, there’s plenty to explore and experience while in Jurassic Park. However, it seems one attraction in the land will be closed for unexpected maintenance.

Pteranodon Flyers, located in Camp Jurassic, shut down yesterday and has since been added to Universal’s list of temporarily closed attractions. At this time, there has not been an update on when the attraction might reopen.

Taking flight beneath the 10-foot wings of a Pteranodon, little adventurers will get an amazing view of all the theme-park excitement below. They’ll slowly soar and gently swing through the air in a comfy seat suspended from a track above. With no sudden or scary movements, this ride is perfect for younger guests not ready for big-kid thrills.

In addition to Pteranodon Flyers being closed, If I Ran The Zoo in Seuss Landing is currently closed and Universal says it expects the experience to reopen on May 29, 2022. The Caro-Seuss-el remains closed indefinitely as construction work continues and the Hogwarts Express is expected to close from June 9 through June 18 for scheduled maintenance.

Over at Universal Studios Florida, Revenge of the Mummy closed in January and is currently in the midst of a lengthy refurbishment. The time frame for the attraction to reopen is listed as “late summer 2022.” Fievel’s Playland is also closed indefinitely at this point.

What do you think of the closing of Pteranodon Flyers? Let us know in the comments!