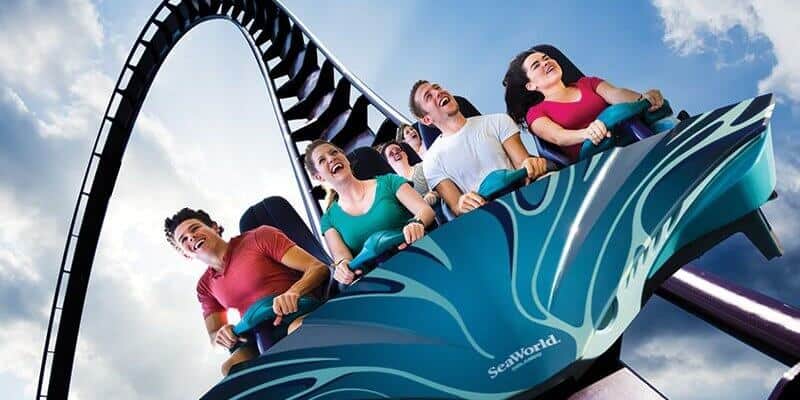 No one can deny that the ongoing COVID-19 pandemic has affected just about every aspect of our lives as we know it. From Supply chain issues to inflation, everyone around the world has felt these changes in one way or another. Guests visiting theme Parks have felt a lot of these changes as well with mask mandates and social distancing rules seemingly changing constantly.

As of now, Disneyland and Walt Disney World both have completely dropped their mask requirements with Universal Studios following suit. Guests have also noticed price increases within certain areas of the theme Parks including merchandise, tickets, and of course, food. However, Disney has posted record profits, citing new experiences and options like Disney Genie as a way that the company has gotten back on track.

SeaWorld, the nautical-themed amusement Park in Orlando, Florida recently revealed its Q1 earnings with some shocking figures as shown in the tweet below from Reporter Ashley Carter (@AshleyLCarter1):

SeaWorld has released its Q1 2022 earnings, some takeaways: – Total revenue was $271M, an increase of $99M from Q1 2021 – Attendance was 3.4M visitors, up 54% from Q1 2021 – Company said international and group visitation is improving but not back at pre-pandemic levels

SeaWorld has released its Q1 2022 earnings, some takeaways:
– Total revenue was $271M, an increase of $99M from Q1 2021
– Attendance was 3.4M visitors, up 54% from Q1 2021
– Company said international and group visitation is improving but not back at pre-pandemic levels pic.twitter.com/BKwyHdaFl6

As you can see, the Resort increased total revenue by $99 million compared to Q1 of 2021. Attendance is also up by over 50%. We recently covered SeaWorld adding a small surcharge to food and snacks, citing this as a way to deal with “increasing operating costs”. We are not sure how this decision has affected these numbers.

One reason attendance might be up could be due to the Resort’s newest roller coaster, Ice Breaker.

Have you visited SeaWorld recently?