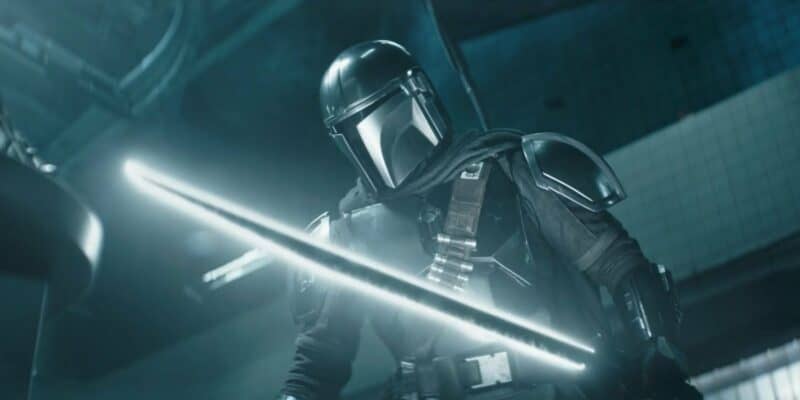 In a world of Mandalorians and Luke Skywalkers, Boba Fetts and Ahsoka Tanos, the new spy-thriller series featuring Diego Luna’s Cassian Andor has had the least fanfare. And that may be a good thing.

According to creator and showrunner, Tony Gilroy, it will be.

Jon Favreau’s The Mandalorian took the world by storm when it debuted in 2019 with the launch of Disney+. Pedro Pascal’s Din Djarin and the Child named Grogu (AKA “Baby Yoda”) quickly became household names to even the most casual fans of the galaxy far, far away.

Then came the next installment in the “Mando-Verse”, The Book of Boba Fett, and while the series starring Temuera Morrison (Boba Fett) and Ming-Na Wen (Fennec Shand) didn’t land quite as well as its predecessor, it paved the way for the timeline event fans were promised years ago by Lucasfilm President Kathleen Kennedy.

Rosario Dawson’s Ahsoka Tano series, Ahsoka, will round out the colloquially-coined “Mando-Verse”, with many fans speculating that these stories based five years after Star Wars: Episode VI — Return of the Jedi (1983), could culminate in a huge crossover moment for the Star Wars franchise. Of course, fans already saw Din Djarin team up with Boba Fett (again) in the finale of the bounty hunter series, shortly after Pascal returned in Bryce Dallas Howard’s aptly titled, “Chapter 5: The Return of the Mandalorian”.

And while fans are anxiously awaiting news of The Mandalorian Season 3, which could bring the plight of Mandalore to live-action, and the return of Ahsoka — and likely Ezra Bridger and Grand Admiral Thrawn — Star Wars‘ Andor series is quietly gaining steam.

The series aims to debut sometime after Obi-Wan Kenobi from director Deborah Chow and will see Luna reprise his role of Cassian Andor from Rogue One: A Star Wars Story (2016) alongside Stellan Skarsgård, Adria Arjona, Fiona Shaw, Denise Gough, Kyle Soller, and Genevieve O’Reilly as Mon Mothma. Forest Whitaker will also return as Partisans leader, Saw Gerrera — the character that first appeared in Star Wars: The Clone Wars before making his live-action debut in Rogue One.

Teasing an exploration of the darkest times in Star Wars history and the brutal radicalization of planets under the Galactic Empire’s rule, the action, spy-thriller could become more popular than even The Mandalorian.

In an interview with Vanity Fair, Tony Gilroy and Diego Luna discussed the vibe of Andor and what it hopes to achieve for its varied audience. The report says:

This is another mission of Andor—to please Star Wars die-hards while also expanding the audience beyond them. “The really passionate Star Wars community…all those people have a lot of people in their lives that are Star Wars hesitant, or Star Wars averse, or Star Wars reluctant. Their roommate, their husband, the guy at work, whatever.”

Andor, [Gilroy] says, is aimed at them too. “I mean, I want my wife to be watching this show,” [he] says. “She couldn’t care less. She’s not that interested in it. She hasn’t been interested in it for the last two years. But my goal is that she really is like, Oh, my God, I’ve got to see the next episode. Without losing anybody, it’s really about enhancing what we have.”

Gilroy has high hopes for Andor and its potential widespread appeal could bring in even more viewers to the series, leaving the “Mando-Verse” in the dust.

Andor’s story closed out during the final events of Rogue One, when he and Jyn Erso (Felicity Jones) sacrificed themselves for the Rebel Alliance, losing their lives to the Galactic Empire shortly after getting the Death Star plans into the hands of Princess Leia Organa (Carrie Fisher). The Star Wars series will take place five years before Rogue One with the first two seasons acting as two halves of a novel, according to Gilroy.

Rogue One itself acted as a standalone story in a way, with only the final moments directly connecting it to Star Wars: Episode IV — A New Hope (1977) and the events of George Lucas’ original trilogy. In playing up Luna’s Cassian Andor as well as giving more agency and voice to Mon Mothma, Lucasfilm may finally be giving the big legacy character cameos a rest and fully committing to a new type of Star Wars story.

Are you excited for Andor? Let us know in the comments down below!