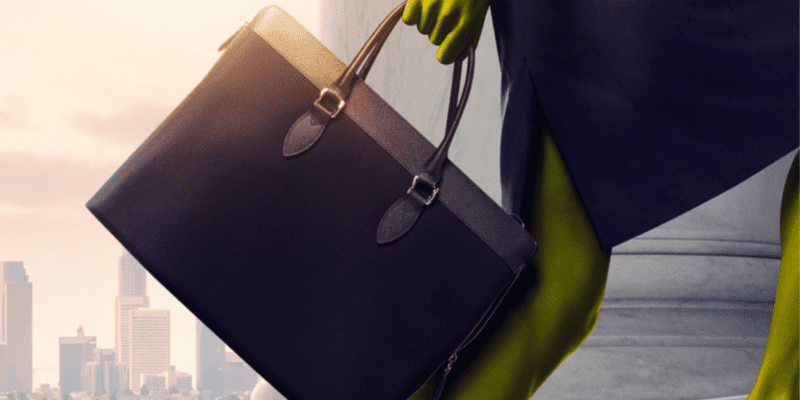 This month, Disney+ UK accidentally announced the August 17 release date for She-Hulk: Attorney at Law. Marvel fans were abuzz at the news that Jennifer Walters would finally make her way to their television screens.

Next, Marvel Studios fans got an all-new She-Hulk: Attorney at Law trailer, which already has over one million views less than an hour after its release.

In the trailer, we hear a voiceover from Bruce Banner – Hulk- played by Mark Ruffalo. Jennifer Walters got a blood transfusion from Bruce Banner in the Marvel comics, giving her Hulk-like powers. The trailer doesn’t reveal how the show’s She-Hulk gets her powers.

Walters is depicted as a busy lawyer whose boss asks her to head the super-human law division at her firm. We briefly see the human form of Abomination (Tim Roth), a villain first introduced in The Incredible Hulk (2008) and who briefly appeared in Shang-Chi and the Legend of the Ten Rings (2021). Later in the trailer, we see Abomination in his monster form.

We also see Bruce Banner in proper Hulk form, teaching Walters how to control her inner She-Hulk. Walters struggles between the desire to do good and wanting a normal life.

“You could be an Avenger,” Walters’s friend Nikki says. Walters responds, “I’m not a Super Hero. That is for billionaires and narcissists and adult orphans for some reason.” She-Hulk is known for breaking the fourth wall in the Marvel comics, and this line hints at the show having a similar comedic edge.

For just a second, fans see She-Hulk briefly fighting Titania (Jameela Jamil), a new villain to the Marvel Cinematic Universe derived from a recurring character in the She-Hulk comic series.

Immediately after, eagle-eyed fans caught Frog Man, a lesser-known joke superhero, son of the villain Leap-Frog, who has appeared in multiple She-Hulk comics.

We see Jennifer Walters using Tinder and complaining about dating in her thirties at the end of the trailer. This bears a similarity to the She-Hulk comics, where She-Hulk openly discusses her romantic misadventures.

Lastly, fans were delighted to learn that Benedict Wong is confirmed to reprise his role as Wong, who most recently appeared in Doctor Strange in the Multiverse of Madness (2022). Matt Ramos, an entertainment journalist at Disney Upfront, tweeted:

Benedict Wong is CONFIRMED to reprise his role as Wong in “She-Hulk Attorney At Law” pic.twitter.com/HdVxHI2hv7

It’s unknown what role Wong will play in She-Hulk: Attorney at Law. Both Benedict Wong and Tim Roth briefly appeared in Shang-Chi and the Legend of the Ten Rings (2021), so Wong and Abomination will likely meet again in the new Disney+ series.

Are you excited for She-Hulk: Attorney at Law? Let us know in the comments!

Comments Off on NEW Trailer for “She-Hulk” and Confirmed Return of Marvel Fan-Favorite Character!