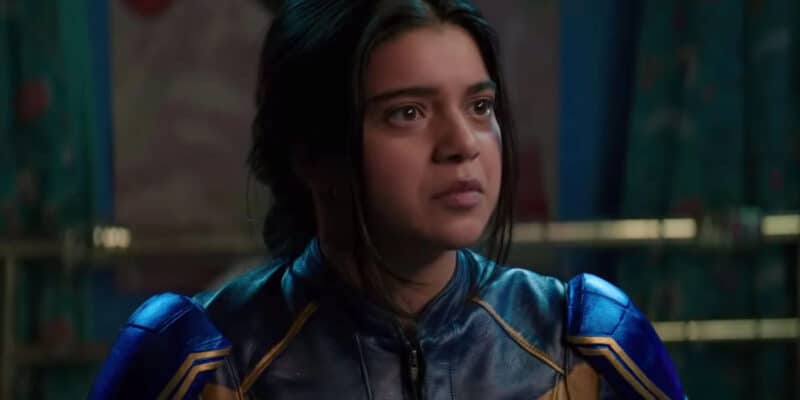 While some fans may be excited for Ms. Marvel, other fans may not be excited to hear what Disney has planned for the MCU series.

Iman Vellani’s Ms. Marvel is around the corner as fans will get to one of the MCU’s newest super heroes. Instead of the usual action-packed super hero shenanigans, Ms. Marvel will show Kamala Khan/Ms. Marvel’s coming-of-age story as she will learn about her powers and deal with being a high school student at the same time.

While fans are used to hearing this sort of story from heroes like Tom Holland’s Spider-Man, it seems that Marvel plans to lean more heavily into the life of Kamala and get to understand who she is before she goes to save the day.

This series will be unique for the MCU and something to be excited about as it will include a new look at the Avengers post-Blip. Unfortunately, some countries like Pakistan don’t have access to Disney+ because the streaming service isn’t available, and can’t see the new series. With Ms. Marvel being a Pakistani teenager, Marvel wanted to make sure Pakistani fans could watch the series.

Ms. Marvel director, Sharmeen Obaid Chinoy announced that Disney’s plan was to have a special 3-part screening of the Marvel series for fans to happen at the theaters. Two episodes will be available to watch at a time for fans to see starting on June 16. While this may sound like a great idea, it means that Pakistani fans will have to pay more to see the series than other fans.

A big screen is definitely better than watching it on a TV, but Ms. Marvel won’t have long episodes which means that the time in the theaters will probably be less than 90 minutes for each visit. On top of this, the theaters will be playing bigger MCU movies like Doctor Strange in the Multiverse of Madness (2022) and then Thor: Love and Thunder (2022) leaving some fans to choose to see that instead.

What are your thoughts on Ms. Marvel being released in theaters in Pakistan? Let us know what you think!