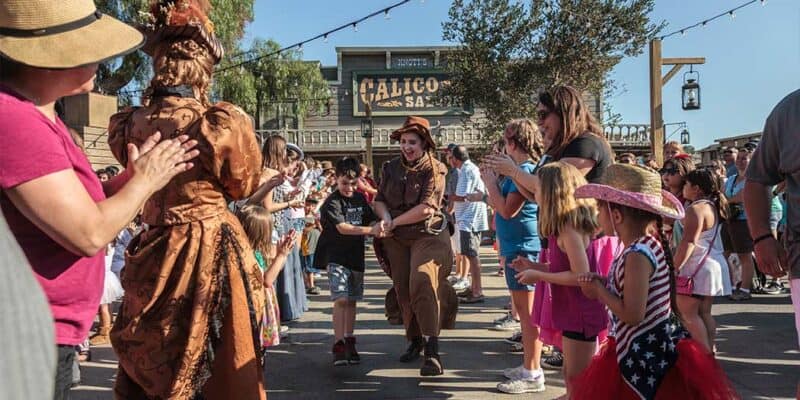 With things continuing to go back to normal at major theme Parks around the country, one of California’s most iconic Parks recently announced the return of a beloved offering. With about 2,000 likes overnight, it’s safe to say Guests are excited to experience it again.

The video was previously shared on YouTube. In it, Guests can see the several music and entertainment offerings, character and animal interactions, and different activities they can participate in during this immersive live adventure.

You can see the video below or click here to watch it:

The official Knott’s Berry Farm website states Ghost Town Alive! will return on select days between May 20th and September 5th of this year and describes the experience as follows:

Ghost Town Alive! returns to Knott’s Berry Farm for the summer complete with bandits, cowboys, robberies, judges, a good ol’ western hoedown, and much more! Guests can visit the beloved town of Calico and experience an authentic western adventure by becoming a star in this summer’s story of the Wild West.

Ghost Town Alive! offers guests a firsthand experience to play an important part in the unfolding story of the wild west, with specific tasks and activities and an essential role as an honorary citizen of Calico.

Ghost Town Alive! begins at 10 a.m. on select dates and concludes with the Hoedown in Calico Park at 5:30 p.m.

With Disneyland Resort being so close, one could assume there was a great rivalry between the Parks and their owners, but ironically, Walt Disney and Walter Knott, Knott’s founder, were great friends. Disney took a lot of Knott’s influence with him when building Disneyland and had a lot of help from his theme Park neighbor, who had over 30 years of expertise at the time. In the 1990’s Disney even tried to purchase the theme Park, but the sale never came to fruition. Now, the Park still remains highly successful under the Cedar Fair ownership.

Have you ever visited Knott’s Berry Farm? Let us know in the comments!