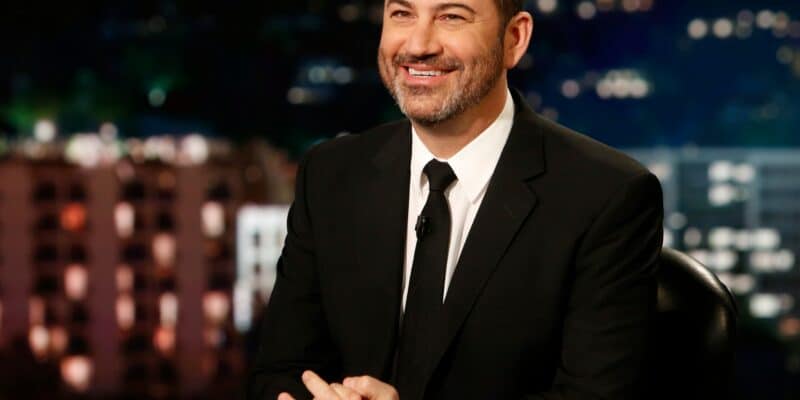 Kimmel, who called in from home to speak following a positive COVID-19 test, joked with the packed crowd about Lost being the name of a hit TV show when he joined ABC, owned by The Walt Disney Company. “Now it’s our corporate motto,” he said.

He was quick to roast Chapek’s bald head jokingly. “A Disney CEO has never spoken at the upfront before and now we know why. Can’t wait to see you in G.I. Jane 2,” Kimmel joked, referring to the Oscars incident in which Will Smith slapped Chris Rock on live television for making a joke about his wife’s baldness, which is a result of her medical condition, alopecia.

Kimmel also hit close to home for Chapek, referencing The Walt Disney Company’s recent controversy with the state of Florida.

“We are one big happy family and if anyone in Florida asks— a straight family,” Kimmel said.

CEO Bob Chapek has come under Republican fire after publicly denouncing the Parental Rights in Education Act, also known as the “Don’t Say Gay” law, on behalf of the Walt Disney Company.

United States Representative Troy Nehls (R) wrote letters to House Speaker Nancy Pelosi and Secretary of Transportation Pete Buttigieg asking them to revoke the “No-Fly Zones” over Walt Disney World and Disneyland Resort. They’re the only two theme Parks in the United States with this privilege.

Should either legislation be passed through Congress, it would have to be signed by President Joe Biden, who recently called Republicans “crazy” for attacking The Walt Disney Company for speaking out against the “Don’t Say Gay” law. “They’re going to storm Cinderella’s Castle,” Biden joked with reporters.

The Walt Disney Company CEO Bob Chapek hasn’t publicly reacted to Kimmel’s jokes, but it’s unlikely that it caused any upset. Jimmy Kimmel has hosted Disney Upfront on multiple occasions, most recently in 2021, and is famous for his hilarious roasts.

What do you think is the most exciting news coming out of Disney Upfront? Let us know in the comments.