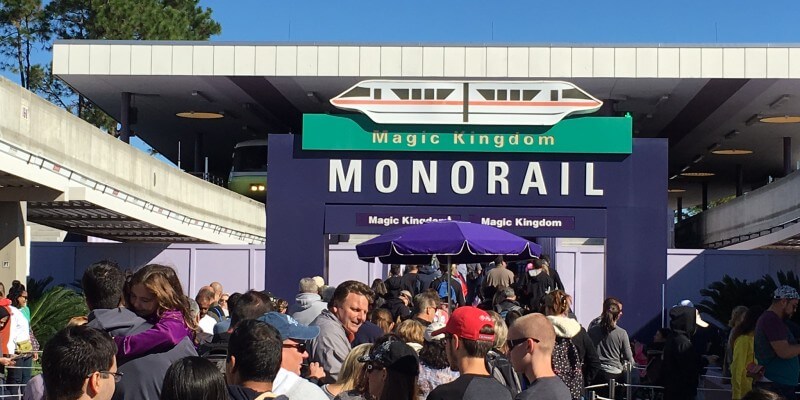 When Guests go to Disney World, they often expect to have a magical time, in a very safe environment. Disney World has some of the best safety measures in both their theme parks and Resorts, and Cast Members are always looking out for Guests’ safety, ensuring that they are under the best care possible. Although the My Disney Experience app can often track Guests’ location while they use it, at least Guests can be comforted in knowing that that information is not public. One family recently went through a very big scare after a tracking device was slipped onto them while at Disney World.

Fox 35 reported on the story which details how an AirTag was tracking a family while they were at Disney World, and they did not know who was tracking them, or how the tracker ended up with them. Jennifer Gaston was with her family on the monorail back to their car when she got a notification that the owner of an AirTag device was tracking them. Her daughter noted that the device was seemingly tracking them for hours. “We were terrified, we were confused, hurt, and scared,” said Jennifer Gaston. “She literally watched it follow us from the tram all the way back to our vehicle.” It seems likely that the family was enjoying a day at Magic Kingdom due to their use of the monorail, however, they may have also gone to EPCOT, Disney’s Grand Floridian Resort, Disney’s Contemporary Resort, or Disney’s Polynesian Resort.

Once the family was aware they were being tracked, they ran to their car, ransacked their bags to try and find the AirTag, and called the police. The family drove away and it seems that during their search for the tag, they must have had it fall out of their bag as the tracking showed the tag was still in the parking lot after they drove away. Owners of iPhones running iOS 14.5 or newer should receive a push alert whenever an unknown AirTag is nearby for an extended period of time and away from its owner. This is likely how the family received the notification.

“As she was refreshing it, it showed the AirTag was still in our parking spot so somehow when we were frantically shaking out clothes and dumping everything out of our bags it fell out,” said Gaston.

David Benson a security expert spoke out on the dangers of AirTags, stating, “Some people who have ill will towards others are using it to potentially stalk people, follow people, tag vehicles, high luxury vehicles, that they might want to come back and steal. Even if it’s not at epidemic proportions, it’s happening enough where it’s concerning.”

“This story could have ended way differently,” said Gaston. “I’m praising God we have the outcome we have, but it’s because she was diligent and aware of what to do.”

Fox 35 confirmed that the Orange County Sheriff’s Office did take her report, but without having the AirTag itself, deputies did not identify this incident as a criminal violation.