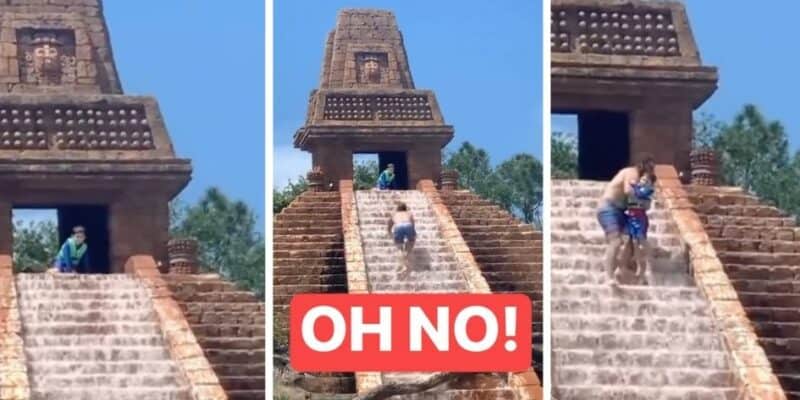 When at Walt Disney World Resort, there are a ton of ways to enjoy your magical vacation. Guests can go visit Magic Kingdom, EPCOT, Disney’s Animal Kingdom, and Disney’s Hollywood Studios. Here there are attractions like Slinky Dog Dash, Haunted Mansion, Frozen Ever After, and DINOSAUR which will give Guests an experience of a lifetime. Plus, there are a lot of food options for any budget, as well as infinite amounts of shopping to be had. Add on entertainment and the ability to meet all of the characters you have seen in Disney movies for years, from Mickey Mouse to Belle in Beauty and the Beast, and you already have a jam-packed schedule.

But what about the days you aren’t in the Parks? Well, Disney Springs is always available for Guests to enjoy, or you can explore your very own hotel. Every Disney hotel is perfectly themed and, oftentimes, sprawling, meaning Guests can spend as much time as they want to take in the details of their Resort. Not only is their decor to admire, but there are different food options to taste, gift shops to explore, and of course, multiple pools to enjoy. So, as you can see, it is so easy to have fun when you are at Disney, however, you must always respect the rules and regulations of the Resort.

Although your pool may have a ton of theming involved, it does not always mean you are able to climb all over it. For example, if you went to Disney’s All-Star Music and went to the pool with the Three Caballeros, you can stand next to Donald Duck, but climbing on him would be incredibly dangerous, especially with water involved. Recently, at Disney’s Coronado Springs Resort, home to Grand Destino as well, a terrifying incident occurred when a child climbed up the temple at the main pool of the Resort. The temple is incredibly steep with water running down it, and is meant as a showpiece, but not something to explore.

Streaming the Magic took to Facebook to post a video of a young child scaling the temple. Thankfully, the child made it to the top without injury (as it seems) but coming down would be a challenge considering the steps are slim and the water is running down a steep decline. We can see multiple adults were at the base of the temple, seemingly worried for the child. One adult went up and grabbed the young child and carried the child down.

Thankfully, everyone seems to have made it through ok, but once wrong step and things could have taken a very scary turn. As this was a child who likely did not know better, the Guest was likely not removed from the pool area, but a Cast Member surely would have spoken to the family.

If you want to ensure you are never kicked out of Walt Disney World, be sure to follow all of their rules, and set a good example for other Guests.

Related: Staying at a Disney Hotel or Universal Resort Hotel: Is It Worth It?

It is also important to note that while on any ride or attraction in the Walt Disney World Resort property, Guests are expected to keep all hands, arms, feet, and legs inside the ride vehicle at all times. Guests are not permitted to exit the ride at any undesignated times as this puts not only you bit all Guests riding the attraction. Not only is this true for more intense rides like Rock ‘ n’ Roller Coaster, Expedition Everest, and DINOSAUR, but it goes for every single ride, no matter how much you may want to hop out those log floats on Splash Mountain.

For more information regarding the rules at Walt Disney World, click here.

The Lost City of Cibola Pool
Sun worshipers of all ages will dig the Dig Site, a sprawling pool complex with a Mayan ruins theme. Discover the Lost City of Cibola pool, whose centerpiece is a 50-foot pyramid where weary explorers can revive themselves in the waters streaming down its stone steps. A 123-foot-long waterslide featuring a spitting Jaguar spirit animal makes for a fierce ride.

Join us for family-friendly activities each day including “The Swimming of the Bulls” and themed pool parties celebrating Walt Disney World’s 50th Anniversary as well as the rich cultures of the Coronado Springs Resort. See a Recreation Host for additional details.