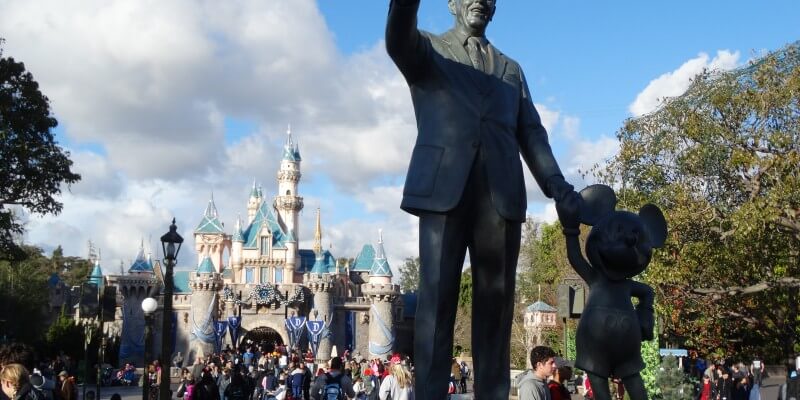 A few Guests shared their bizarre experiences at the Disneyland Park recently.

The Disneyland Resort in Anaheim, California is known as “The Happiest Place on Earth” and for good reason. From a near-limitless selection of rides and attractions as well as some truly delicious food, Guests visiting the Park will surely be happy on their magical vacation.

Unfortunately, sometimes things aren’t always so picture-perfect. We recently wrote about a fight breaking out at the Resort during Grad Night. While this is relatively rare, there will always be some trouble-makers at places as popular as the Disney Parks and Resorts.

Recently, a few Guests shared their encounters with other potential “rule-breakers”. A post shared on social media discusses whether or not religious “prophets” were normal in Disneyland. When visiting Disney, the last thing you want to hear is that you are going to die and “go to hell”, but this is exactly what Guests heard.

The post reads, “Christian “prophet” outside Disneyland entrance right now… He telling everyone we’re going to die and going to hell. I don’t live here. Does this happen often?”

The comments were filled with responses recounting interactions with this specific protestor. One user said, “I’ve seen him fairly regularly on Harbor Blvd for the past few years, especially at night during the after fireworks rush. He’s usually by the Disneyland sign by the TS Lot bus loading zone next to the crosswalk with a giant megaphone telling people they are going to hell.”

Another user said, “Some protestors were there when I went last August. People discussed it on the bus on the way back to the hotels, that they were mad that people were worshiping “false idols” like Mickey Mouse.”

One user also shared their experience with the protestors, saying, “Hahaha!! There were three of them right at the entrance for three days when we were there at the beginning of the month. Right at 7:30 AM as everyone was heading into the park. Everyone just ignored them. But the one thing that they shouted was “god hates the magic.” I laughed out loud at that one and quoted it during the rest of our trip.”

While the protestors may have not been directly inside the Disneyland Resort, they could still get in trouble for protesting the way they did. Disney has strict rules that all Guests must follow. For a complete list of rules, Guests should follow at the Southern California Park, click here.