Disney Making Major Changes to Historic Attraction - Inside the Magic 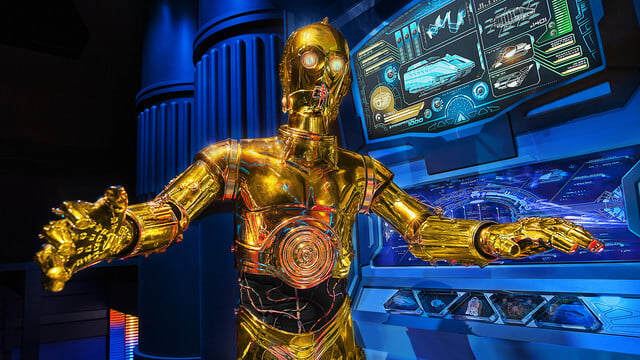 There is no shortage of fun and exciting attractions at the Disney Parks. From Expedition Everest and Matterhorn Bobsleds to all of the amazing rides found within Star Wars: Galaxy’s Edge, Guests are always on for a fun-filled adventure. And speaking of Star Wars, some exciting news was announced for a very popular and historic attraction.

This past week, Star Wars Celebration was held in Anaheim, California, allowing fans of all ages to experience an incredible event filled with their favorite characters, celebrities, merchandise, and chances to meet other passionate people within the community.

We got some very exciting news and information from this event, but some of the most exciting and unexpected came in the form of Disney Park news.

NEW: Star Tours will include new destinations. “I think we should do some more.” @missingwords A Star Tours panel will follow this one. #starwarscelebration

NEW: Star Tours will include new destinations. “I think we should do some more.” @missingwords

A Star Tours panel will follow this one. #starwarscelebration pic.twitter.com/MaGbWgAfq0

Currently, there are five options for first and second sequence planets each — three inspired by the Prequel Trilogy and two by the Sequels for each set. We have no details at present on the new scenes and where they may take inspiration from, nor which parks will be receiving these new scenes. Star Tours: The Adventures Continue is currently installed at Disneyland, Disney’s Hollywood Studios, Tokyo Disneyland, and Disneyland Paris.

Disney’s official description of Star Tours is as follows:

As stated above, Star Tours can be found at Walt Disney World, Disneyland as well as Tokyo Disneyland and Disneyland Paris.

Do you like Star Tours? What’s your favorite scene?