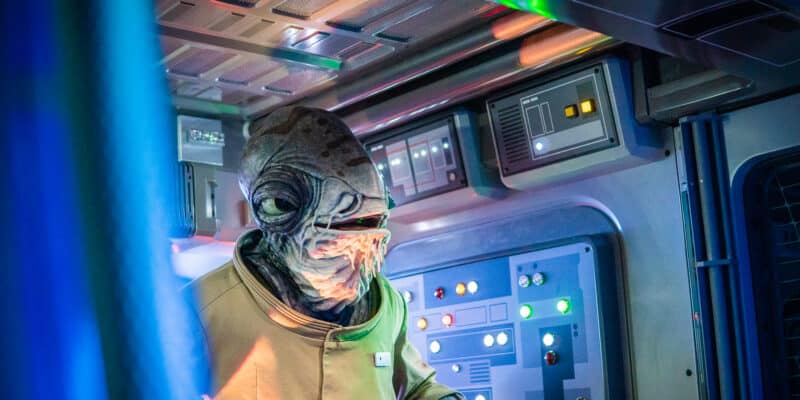 As the world fights the ongoing pandemic, and as the Disney Parks continue to update and modify its safety protocols, one attraction recently made a “big step” when it comes to returning to normal.

Related: Fans Worried Part of Disney Ride May Be Gone For Good

One protocol Disney also implemented was the installation of plexiglass on several different attractions and in queue areas. As time goes on, however, some of these safety measures are starting to disappear.

The queue line to the brand-new Minnie & Mickey’s Runaway Railway takes Guests through the iconic California Chinese Theater, giving fans of the Great Movie Ride, the attraction that previously occupied the space a dose of nostalgia too. The queue features an adorable movie that Guests watch as they make their way further into the ride until they arrive ta the train station.

Here Guests are weaved back and forth between bars and until just a few days ago, plastic dividers were used to keep Guests from spreading COVID-19. As shared online, however, these dividers are long gone, leaving the queue looking like it did when it first opened.

See examples of Disney removing these walls in a tweet below from Kyle (@disneyybaddie):

ITS HEALING AT RUNNAWAY RAILWAY TOO

ITS HEALING AT RUNNAWAY RAILWAY TOO pic.twitter.com/Ob3q3w7sLV

These walls were also recently removed from the queue of Star Wars: Rise of the Resistance:

Related: Disney Immediately Blocks Passholders Out of Parks Over Next 2 Months

While these plexiglass divider walls were put up during the height of the pandemic, we aren’t sure how effective they were at actually stopping the spread of the virus. Many Guests found these to be “claustrophobic”, making a lot of the lines tighter than they were comfortable with.

We saw a lot of Guests and fans alike demand that these walls be removed and now, it seems like Disney listened. We are glad to see the Parks return to normal, even if it is a slow process.

Do you enjoy this ride?